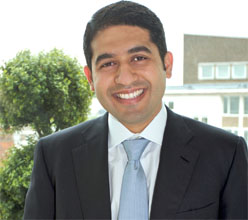 Cyrus Vandrevala and Priya Vandrevala, founders of the Vandrevala Foundation, are among the London’s Top 20 philanthropists and charity leaders.

London’s 1000 most influential movers and shakers are announced by the Evening Standard. Amongst the categories listed were London’s leading philanthropists, charity leaders and fundraisers from the worlds of business, politics, performance arts which are making a difference to the London scene as well as, in many cases, on a global front.

“Zest for life, competitive spirit and funkapolitan style are all part of London’s formula to the greatest city in the world,” commented Geordie Greig, editor of Evening Standard.

Fund-raising comic and actor has developed a penchant for running. Completed 43 marathons in 51 days to raise money for Sport Relief and has also been enlisted by the 2012 Games to help encourage Londoners to volunteer for the Olympics.

When “Sir” Bob puts his name to a worthy cause, he guarantees front-page headlines – such is his pedigree with Live Aid and Make Poverty History. Nominated for the Nobel Peace Prize on several occasions, Geldof remains active with U2 singer Bono in One, which campaigns to improve health and hunger in developing countries.

Victoria Getty is continuing the legacy of her husband, Sir John Paul Getty II and is a trustee of their charitable trust, which has given GBP 38 million to over 3,000 organisations. She is now speeding up the distribution of cash as the trust is being wound down.

Founders of the Vandrevala Foundation, which focuses on mental health, dyslexia and multiple sclerosis. Cyrus (pictured above) is a private equity investor and Priya is chief executive of Indian property business Hirco. The power couple are active philanthropists in both India and London.

Charismatic, Iranian-born leader of charity who has won the ear of politicians. Her pioneering “wraparound care model” takes traumatised, inner-city children and effectively re-parents them. Founded Kids Company in 1996 and famously remortgaged her flat several times to keep it going in the early days.

Articulate former head of the prison service and ex-Whitehall mandarin has raised the profile of the children’s charity on a raft of issues, including children in care and asylum-seekers. He argued that George Osborne’s case for abolishing child benefit for the better-off was “morally overwhelming”.

Runs specialist school in Southwark which tackles gang culture by teaching troubled young boys to communicate, control their anger and get more out of the education system. Francis is talking about launching satellite FMBF centres in other London boroughs.

Father of British venture capital at Apax, where he made a fortune, has moved into “social investment”, using commercial practices to help the socially deprived in Britain. A generous donor to both the Labour Party and many Jewish causes, he has come under fire for his non-dom status.

The former premier is a multi-tasking, globe-trotting ambassador for his own charitable works and Middle East peace envoy, as well as advising JP Morgan and a string of other international finance firms. Gave away proceeds of his bestselling memoirs to Royal British Legion.

Co-founded contract publisher Forward, which he sold to advertising giant WPP in a lucrative deal in 2001, and uses that business acumen to help the arts. Among his many roles are trustee of the Shakespeare Schools Festival and director of Soho Theatre.

Sports-mad ex-accountant who launched Greenhouse to give inner-city children a chance to enjoy sport and the performing arts. The charity runs after-school clubs in dozens of centres around London and has been credited with reducing gun and knife crime. He says: “I see Greenhouse as an alternative gang where children are inspired to do something positive.”

The widow of one of Labour’s biggest donors has put her money into a host of causes including the Paul Hamlyn Foundation and her own charity, the Helen Hamlyn Trust, which works in medicine and arts. A trained fashion designer, she supports her alma mater, the Royal College of Art, and subsidised Royal Opera House tickets for people who could not afford to go.

Ex-City grandee, dubbed “Huge-Wallet”, who now devotes his financial nous to cancer charity. During his time in charge, he has more than doubled annual income to GBP 135 million. The Old Etonian says of life after the City: “The big difference is there is more point to it and I’m working with nicer people.”

Having worked for the homeless charity for 30 years, Fraser knows more than most the challenges facing London’s homeless. He is also a member of the Mayor’s Delivery Board, which has been set a target of eradicating rough sleeping in time for the Olympics.

London-based sisters are heiresses to the Swedish Tetra Pak fortune. Sigrid founded the Sigrid Rausing Foundation to protect human rights in 1995 and this year its budget runs to GBP 20 million. She also owns literary magazine Granta. Lisbet has her own Arcadia Fund, which looks after culture and nature and has handed out more than GBP 120 million since its 2001 launch.

David, scion of the supermarket family, became the first Briton to donate GBP 1 billion to charity. A former science minister in Tony Blair’s government and a major Labour donor, he wants to give away his fortune during his lifetime and has worked closely with Microsoft philanthropist Bill Gates.

Grande dame of the arts and patron of what she calls “Jewish social” causes. Her Clore Duffield Foundation has made donations of well over GBP 100 million. She warns Tory cuts to the arts are going to “yield a relatively small amount and do much more damage”.

Barough, who launched the charity just as she suffered a cancer scare herself, encourages women to walk in their bras in a fundraising effort to tackle breast cancer. The idea caught the imagination – so far she has managed to raise GBP 55 million in 14 years in a series of annual walks in London and beyond.

No-nonsense ex-Phones4U entrepreneur who made more than GBP1 billion when he sold up. Now devotes much of his time and money to good causes, including his own Caudwell Children charity.

Sudanese-born, he sold his pan-African phone network Celtel for GBP 2 billion in 2005 and launched his charitable foundation, based in London, to “improve the economic and social prospects of the people of Africa”.

The list was released by Evening Standard today, Dec.9. 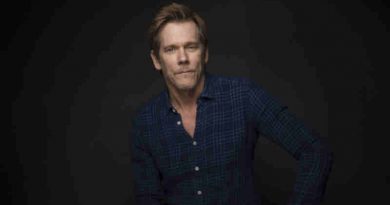 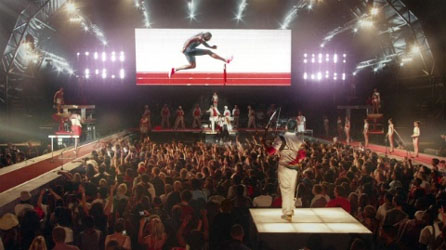 May 17, 2012 RMN News Comments Off on Coca-Cola Anthem for the London Olympic Games