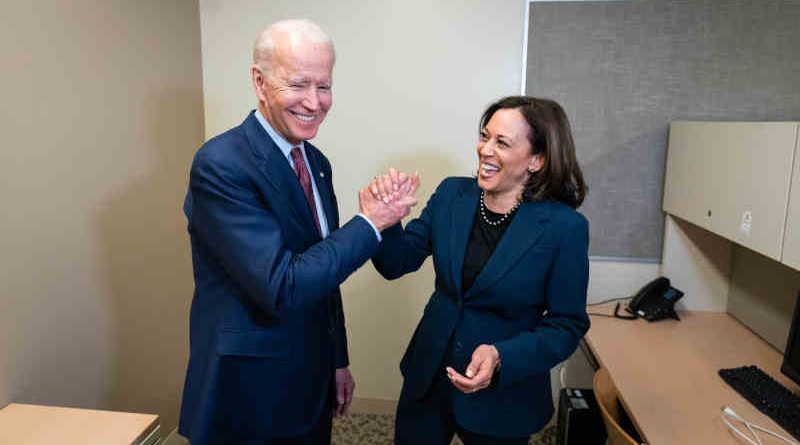 As the quadrennial presidential election took place on Tuesday, November 3, 2020 and the Democratic candidate Joe Biden has defeated Donald Trump, the 45th incumbent president, this editorial section has evolved to cover overall American politics and other developments.

RMN has launched this multifaceted editorial section to objectively inform Americans and stakeholders in other parts of the world about the U.S. economic and political situation which has an impact on the entire world.

[ Coup in the U.S. May Reinstate Trump as President: Reports ]

[ Trump Faces Criminal Investigation, But He Will Go Scot-Free ]

[ U.S. Report Highlights Corruption and Lack of Transparency in India ]

[ Secretary Blinken to Discuss the Economic Impact of Covid-19 ]

[ How the U.S. Plans to Protect Journalists with Khashoggi Ban ]

[ President Biden Promises to Restore America’s Place in the World ]

[ Trump Impeached for Provoking Mob Violence and Incitement of Insurrection ]

[ Now Trump May Be Jailed for His Alleged Crimes ]

[ With Focus on Coronavirus, Biden Promises to End Hateful Trumpism ]

[ With Mask Nobody More Patriotic Than Your Favorite President: Donald Trump ]

[ Coronavirus Will Ring the Death Knell for Trump in Election ]

DISCLOSURE: I am an independent journalist and do not favor or support any politician or political party. Also, I am managing this editorial section alone without any financial or other support from any person or party.

However, in order to survive in the cut-throat media world, I seek donations from readers, although I have not yet received even a single penny in donations for my editorial services.