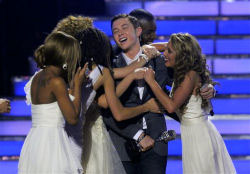 This is stated to be the highest number of votes recorded in the history of Idol and marks a new world record for a reality TV vote. The record came in support of the two Idol finalists, Lauren Alaina and Scotty McCreery, who both put on show stopping performances but it was Scotty who was later crowned American Idol winner.

Casting those votes on last night’s show were over 29 million viewers, making it the biggest entertainment show on American TV this year. Simon Fuller, the man behind the Idol franchise, has pioneered reality TV voting.

Commenting on the many successes American Idol has seen over the last ten years in this month’s Variety, Fuller notes: “In television, we defined the term ‘reality competition show,’ pioneered audience interactivity with our phone and text voting and innovated sponsorship activity with our unique integrations. Since our first show we have exceeded all our ratings expectations, and have been the No. 1 show in America now for seven consecutive years.”

This latest viewing figure for American Idol brings the total number of votes cast throughout the tenth season to just over 730 million.

To put the success of last night’s Idol into context: 122.4 million is comparable to the population of Japan (127 million), is ten times more than the amount of people who voted for David Cameron in last year’s UK general election (10,726,614) and smashes the total number of worldwide iPhone sales (108,624,000), according to XIX Entertainment.

Fuller’s XIX Entertainment has made him the most significant manager of all time. With fingers in the media, music and sport spheres and with big names like The Spice Girls, David Beckham, Andy Murray, Annie Lennox and Cathy Dennis in his arsenal, it’s no wonder iTunes have hailed Simon Fuller as the king of the digital revolution, says XIX Entertainment. 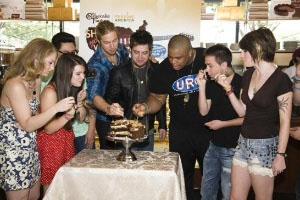 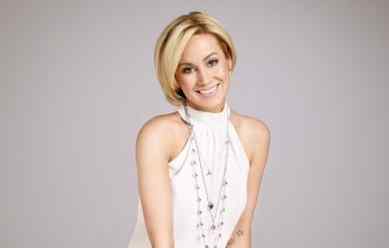 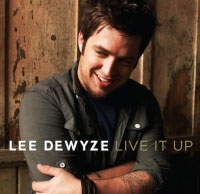