In a sudden address to the nation at 8 p.m. today, the Prime Minister of India Narendra Modi has declared that the currency notes of Rs. 500 and Rs. 1000 value stand abolished in the country.

According to him, the Rs. 500 and Rs. 1000 currency notes are being demonetized from midnight today (November 8, 2016). The step has been taken to check corruption and the flow of black money, the Prime Minister said.

He said in his speech that his government has been trying to fight corruption for the past two and a half years. Since the black money and counterfeit currency had been feeding terrorism and corruption, it was a necessary step for his government to stop the circulation of such currency, the Prime Minister added.

He also informed in his speech that the other currency notes of lower value and coins will continue to be accepted for financial transactions.

Moreover, people are allowed to deposit their existing Rs. 500 and Rs. 1000 currency notes in banks or post offices from November 10 to December 30, 2016. However, the ATMs will not work on November 9 and at some places on November 10.

The Prime Minister said that his government has accepted the proposal of Reserve Bank of India (RBI) to issue new notes of Rs. 2000 value.

He also announced several measures to minimize inconvenience to the public. 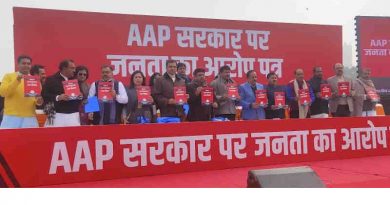