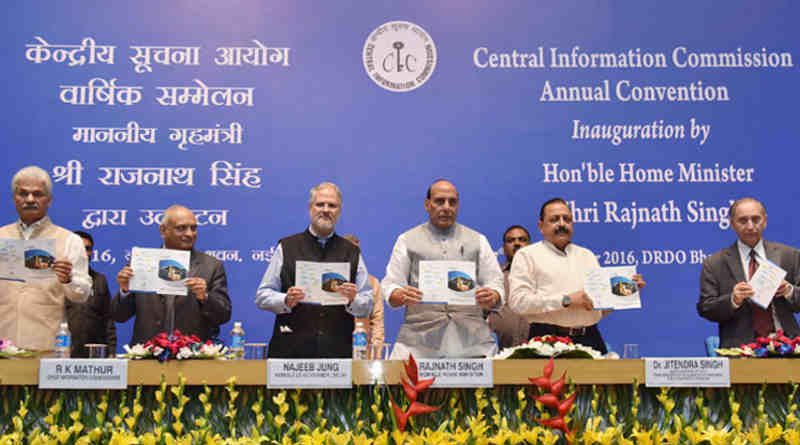 While delivering the inaugural address, Rajnath Singh said that Right to Information (RTI) Act is a powerful medium of two-way communication between the citizens and the government.

On the one hand, he said, the citizens get information through this act and on the other hand, the government gets new ideas for formulating people-friendly policy and to reform the governance system, when people ask such information.

The government system should use it effectively, he added. He also said that our system needs to be corruption-free, smart, sensitive, transparent and answerable for making all the programmes of the government a success and RTI can play an important role in it.

According to him, RTI Act provides a strong foundation to the feeling of trust and cooperation which is important for the governance based upon trust.

Further, Rajnath Singh said that programmes like ‘MyGov.in’ website provide a platform for two-way communication between the government and the citizens. This benefits both – the citizens and the government, he added.

He also said that the ‘Top-down’ approach is now getting converted into ‘Bottom-up’ approach. The Home Minister said that now maximum possible information is being made available on the websites of government departments and agencies. This transformation has gained momentum after the advent of RTI Act.

The Union Home Minister also emphasised on the need of an ‘Integrated Response System’, where every citizen has a Single Window to reach the government for fulfilment of their needs.

During the day, the Convention had arranged four technical sessions covering various aspects of institutional governance in India and its implications on RTI. 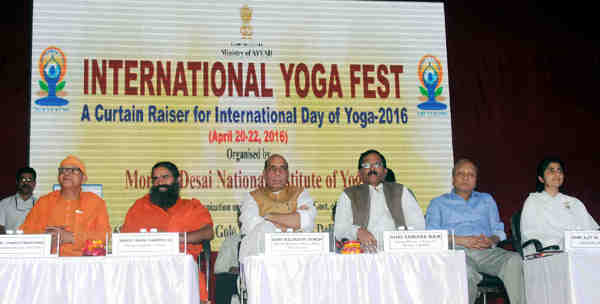 Why India Wants to Make Yoga a Mass Movement

June 12, 2016 RMN News Comments Off on Why India Wants to Make Yoga a Mass Movement 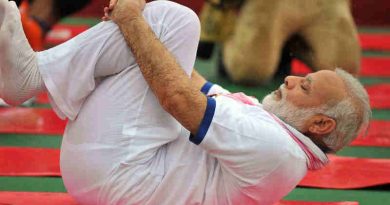 May 15, 2018 RMN News Comments Off on Now PM Modi to Teach Shalabhasana of Hindu Exercise Yoga 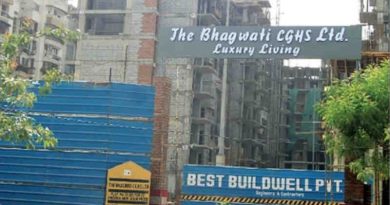