As Felix Baumgartner broke the world record on Sunday for a free fall jump from higher than 120,000 feet in space — becoming the first person to free fall while breaking the sound barrier — the National Geographic Channel and BBC detailed every second with more than 20 cameras.

The footage will be combined with exclusive behind-the-scenes access following Baumgartner’s four-year metamorphosis from an elite BASE jumper to an extreme altitude specialist who can think and act like an astronaut. Space Dive will premiere on the National Geographic Channel this November.

Four years in the making, Space Dive allows viewers to witness a mission fraught with epic challenges as a team of leading experts in medicine, science and engineering push the boundaries of science to design and to build the equipment needed to get Baumgartner to the edge of space and back safely.

The Red Bull Stratos mission served to further the progress of aerospace safety, including the development of a new generation of space suits and parachute systems, the development of protocols for exposure to high altitude, and supersonic acceleration and deceleration.

Setting records for the highest balloon ascent, highest parachute jump, and fastest speed by a human through the atmosphere, Baumgartner’s epic journey ended with him raising the flag of the National Geographic Society.

“Felix is an explorer in the truest sense of the word, and National Geographic Channel was honored to be a part of this mission,” said Michael Cascio, EVP of Programming for the National Geographic Channel.  “And while the project itself is obviously groundbreaking, our exclusive inside access adds unique insight and perspective into this four-year journey, and is sure to thrill our viewers.”

With footage of the jump itself, viewers will be able to share in Felix’s experience every step of the way: launching from the New Mexico desert; climbing 24 miles in a space capsule suspended below a 55-story helium balloon; stepping out at 128,100 feet to see the curvature of the earth; and finally free-falling through the stratosphere at over 700 mph, exceeding the speed of sound with his own body. 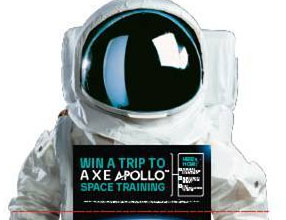 May 1, 2013 RMN News Comments Off on AXE Apollo to Send Fans to Space Camp 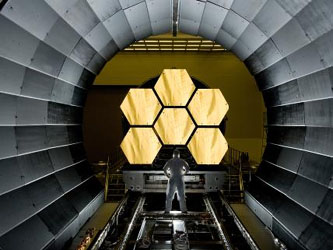