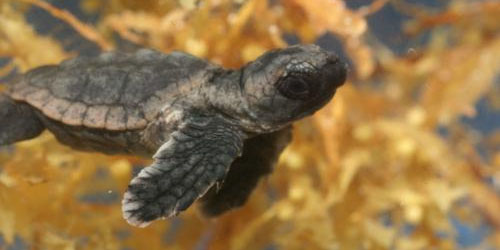 SeaWorld Pictures and Hannover House launch “Turtle: The Incredible Journey,” an award-winning film that follows the life and migration of a loggerhead turtle from hatchling to maturity.

The movie opened Friday in New York, Los Angeles and cities with SeaWorld parks (Orlando, San Diego and San Antonio), and is expected to expand to 50 markets and 300 to 400 theaters over the next two months.

Bringing to life the film’s mission of sea turtle conservation awareness, narrator Miranda Richardson and director Nick Stringer also assisted SeaWorld in returning to the ocean a rescued sea turtle that had undergone a 16-month rehabilitation at SeaWorld’s rescue facility.

To create ” Turtle: The Incredible Journey,” Stringer’s documentary team follows the loggerhead turtle on an adventure of more than 9,000 miles guided only by instinct.

The loggerhead turtle, a threatened species, has one of the longest and most difficult migratory patterns of any marine animal: Sea turtles newly hatched on the East Coast of the United States (usually in Florida) make their way from the sand into the ocean, and then begin a voyage that can span the entire Atlantic Ocean, only to return decades later to that same beach.

Stringer and his camera crew spent two years following loggerhead turtles on their trips across the ocean, and have captured on film the remarkable life cycle of a beautiful creature that struggles to survive in an increasingly unforgiving environment.

The film is narrated by Academy Award nominee Miranda Richardson, and will be released to theaters in both standard theatrical formats as well as 3D in selected locations.

SeaWorld Pictures was formed in April 2011 to create and distribute original and partner-produced film content.

One Ocean to Show How Whales Play

February 7, 2011 RMN News Comments Off on One Ocean to Show How Whales Play 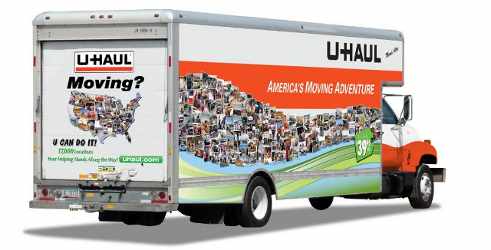 My U-Haul #MyUhaul Journey… Starring You!

February 10, 2014 RMN News Comments Off on My U-Haul #MyUhaul Journey… Starring You!