Since bursting on the scene in 2009, Kia Motors America’s (KMA) portly, brightly clothed hamsters have had their paws on the pulse of pop culture and become some of the most-watched advertising icons of all time, says KMA.

Nearly five years later, according to the company, the hamsters have slimmed down and slicked their hair back to introduce the world to the latest version of Kia’s all-new 2014 Soul.

Soul is being introduced with “Totally Transformed” campaign set to the new single, “Applause,” from multi-platinum and Grammy Award-winning artist Lady Gaga.

The original Soul was the funky car that began Kia’s design-led transformation, and the second generation of the popular urban passenger vehicle is said to be more refined and functional with more room, more available premium features and materials, improved driving dynamics and an instantly recognizable yet thoroughly fresh appearance.

Created by David&Goliath, Kia’s advertising agency of record, “Totally Transformed” can be viewed at YouTube.com/Kia before its broadcast debut during the MTV Video Music Awards on Sunday, August 25.

Kia’s newly polished icons will also hit the big screen when the multi-platform campaign expands to more than 33,000 movie screens in the U.S. on August 30. 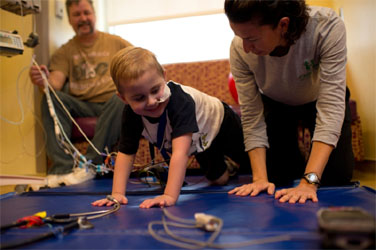 November 10, 2012 RMN News Comments Off on “Share the Hope” for Children’s Healthcare

Jane Lynch Says No to Texting While Driving