UN Human Rights Office in Geneva has partnered with the Clooney Foundation for Justice to set up TrialWatch, which will help deliver justice to some of the world’s most vulnerable people.

“All detainees are vulnerable to human rights violations. Many have no certainty that they are protected by the rule of law, or whether they will have meaningful access to justice,” said Michelle Bachelet, UN High Commissioner for Human Rights.

“Even if brought before a court, they may face charges that are false, or are based on laws that breach their human rights. They may face coordinated lies from law enforcement officials; lack of access to lawyers; courts that are vulnerable to bribery; and arbitrary or politically-led decisions,” Ms. Bachelet asserted.

TrialWatch is stated to be a significant and practical response. Its central mission – to shine a light on these injustices in order to prevent and reverse them – goes to the heart of human rights. It revolves around the simple but critical idea that state institutions, including courts, must work for the people and be accountable to them.

“By training monitors, assessing trials and developing a justice index, it will help speak for those who have no voice. This is human rights advocacy in its purest form,” Ms. Bachelet said in her message.

The right to a fair trial is part of the architecture of #HumanRights.

“I know how it feels to be unjustly detained, and to not know how or when it will end. All detainees are vulnerable to human rights violations” – UN Human Rights Chief @mbachelet.

The right to a fair trial is part of the architecture of human rights. Five of the 30 articles that make up the Universal Declaration of Human Rights relate directly to it, and it’s enshrined in other legally binding conventions.

“Our focus today is the people at the heart of TrialWatch’s quest for justice: those who are unjustly accused, charged with vague offences, or tried for actions that should not be considered crimes. Human rights defenders and political opponents; journalists and lawyers; members of religious minorities, and people prosecuted for same-sex relations,” Ms. Bachelet stated. 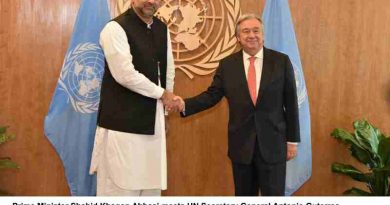 September 24, 2017 RMN News Comments Off on Pakistan Urges UN to Appoint a Special Envoy on Kashmir 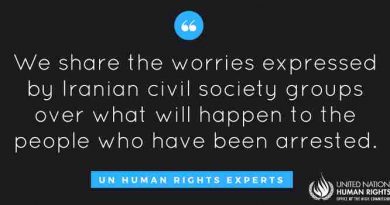