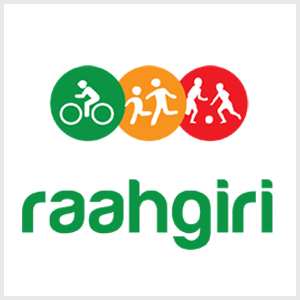 A community campaign that aims to educate people about the benefits of car-free living has completed one year this month in Gurgaon, a city near India’s capital New Delhi.

Christened Raahgiri (a Hindi word with ‘walking’ as its simple translation), the campaign holds weekly street events every Sunday in different parts of Gurgaon where locals participate in a slew of activities such as walking, cycling, street dancing, yoga, and aerobics.

The events are held under the slogan: “Ab Na Chalegi Motor Koi, Chalegi Sabki Raahgiri,” which means: now motorcars won’t run while everybody would walk.

The idea, according to the organizers, is to make Gurgaon accessible for its residents and encourage the use of cycling, walking, and public transport in the city.

The initiatives like Raahgiri – if supported by prudent government policies to control vehicular traffic – are earnestly needed in India where the frequency of traffic collisions is amongst the highest in the world. A National Crime Records Bureau (NCRB) report revealed that every year, more than 135,000 traffic collision-related deaths occur in india.

The number of vehicles are increasing at a staggering annual rate of about 20%, thanks to a plethora of car-loan schemes, unrestrained urbanization, and unaccounted money with many Indians in the absence of regulations.

For a example, car ownership is the highest at 82 per 1,000 population in a small city Chandigarh and with 54 Delhi is at No. 2 in India. This vehicle density is much higher than the national average of 41. Gurgaon, near Delhi, where Raahgiri events are being hosted accommodates most of the Delhi traffic everyday.

Raahgiri says it aims to have pedestrian- and cycling-friendly infrastructure laid over the entire city and to have safer roads for all. But that may only be a pipe dream because car population in India is increasing proportionately with the country’s population that is growing at an alarming rate and has touched nearly 1.3 billion people.

In the absence of government policies, the events like Raahgiri will be nothing more than time-wasters for people who have plenty of time to kill in such hype-driven gatherings. Of late, Raahgiri has started holding its events in Delhi also.

Although government ministers in India are mostly uneducated and naive in the departments that they are supposed to handle, still, if they want, they can learn from the examples of an equally populated country China, which has implemented commendable policies to restrict vehicular traffic.

Moreover, to spread awraeness about the perils of excessive car use, a Car-Free Day encourages motorists to give up their cars for a day. While September 22 is observed as the World Car-Free Day, events are organized in different parts of the world on this day to promote mass transit means, cycling, and walking.

Raahgiri in Gurgaon is one such local event that can spread awareness about the imminent dangers of increasing number of cars that run cheek by jowl on Indian roads, which are already crumbling under their weight. 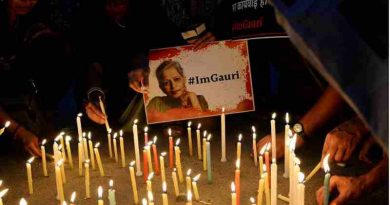 January 8, 2014 RMN News Comments Off on Axis Bank to Set up a Branch in China