Third party interventions are usually made about cases which could have a broad impact and they are important to assist the Court in reaching its decision.

High level representatives of the United Nations (UN), including the UN High Commissioner for Human Rights Michelle Bachelet, filed third party interventions before the European Court of Human Rights (ECtHR) in the Senior Women for Climate Protection’s complaint against Switzerland.

According to a Greenpeace report of October 14, the representatives emphasised how “international human rights courts can and should provide timely protection, (…) where States are taking insufficient measures to achieve the Paris Agreement’s objectives.” Other representatives include UN Special Rapporteurs Dr David R. Boyd, Dr Marcos A. Orellana, and independent expert Dr Claudia Mahler.

At the end of 2020, the Senior Women for Climate Protection took Switzerland to the ECtHR because senior citizens’ health is threatened by heat waves made worse by the climate crisis. The plaintiffs provided evidence that climate change represents a major health threat for older people, particularly women, as it puts their lives and health at risk.

Rosmarie Wydler-Wälti, co-president of Senior Women for Climate Protection Switzerland, said: “As senior women we continue to fight for climate justice. The interventions by reputable and well-respected third parties show that the issue of human rights protection is vital in times of climate crisis, and we hope that the interventions will help the Court to clarify countries’ duties. States like Switzerland must step up their efforts to protect the rights of people in vulnerable situations, like senior citizens, facing the consequences of the climate crisis.”

Third party interventions are usually made about cases which could have a broad impact and they are important to assist the Court in reaching its decision. In her written intervention to the court, UN High Commissioner for Human Rights Michelle Bachelet emphasised that: “In accordance with international human rights law, States have a duty to take positive action necessary to limit warming to the greatest extent possible, consistent with the best available scientific knowledge.”

The UN Special Rapporteurs wrote: “Where States are taking insufficient measures to achieve the Paris Agreement’s objectives, international human rights courts can and should provide timely protection, such as for older persons threatened by deadly heatwaves.”

Georg Klingler, climate campaigner at Greenpeace Switzerland, said: “Greenpeace Switzerland is helping the senior women to build their case because it is clear that the climate crisis is a public health crisis, as events in the past months have shown. It is time for climate action: we expect Switzerland to announce stronger measures to combat climate change at COP26 in Glasgow in a few weeks, and enact them without delay.” 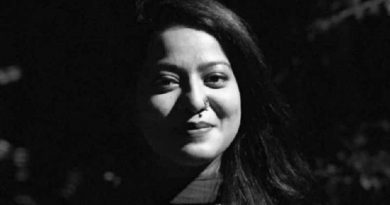