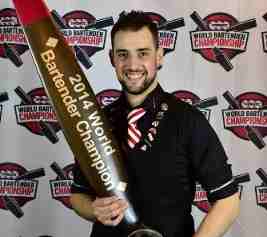 Stavros Loumis beat out nine other finalists at the local, regional and divisional levels in 2014. These 10 finalists ousted more than 8,000 bartenders from over 900 TGI Fridays restaurants in 60 countries around the world.

After undergoing rigorous tests on products, ingredients and recipes, the finalists competed in a showdown at the House of Blues in Dallas in front of a crowd of more than 1,000 spectators.

They showed their best flair moves and mixed drinks – proving they have what it takes to both engage with their guests and execute flawless mixology techniques.

“I can’t begin to tell you how much it means to be named the World’s Greatest Bartender,” said Loumis. “I competed against so many really talented bartenders from all over the world. I’m so proud to be a TGI Fridays bartender and can’t wait to celebrate back home in Cyprus!”

Throughout the local, regional and division bartender competitions leading up to the World Bartender Championship, Fridays restaurants raised $200,000 for Feeding America, a leading domestic hunger-relief charity, through local events and raffles.

Funds will be distributed to member food banks across the country to help the 49 million Americans who struggle with hunger.

July 3, 2013 RMN News Comments Off on The Royal Apollonia Opens in Limassol, Cyprus 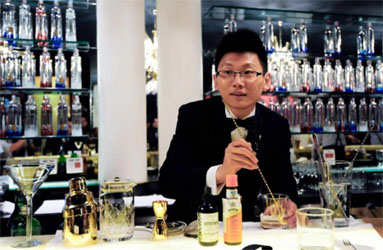 Diageo’s Finalists for Bartender of the Year Award

July 12, 2012 RMN News Comments Off on Diageo’s Finalists for Bartender of the Year Award