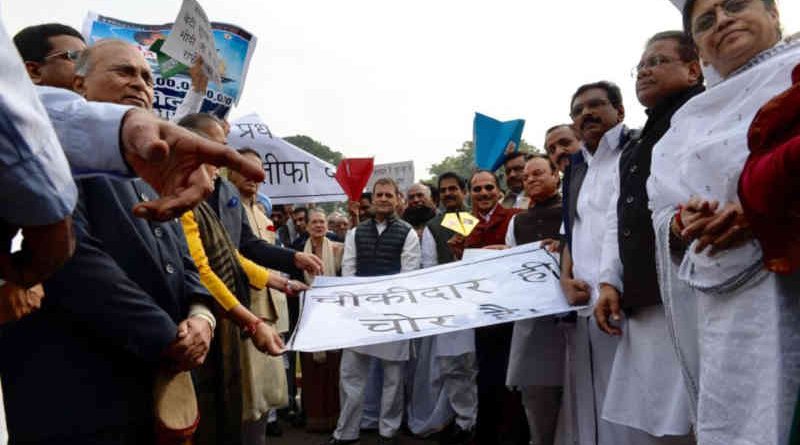 Despite a series of investigative reports published by Mediapart about the possibility of corruption in the Rafale deal, the Indian courts have ignored the case.

A French news service Mediapart – which has been reporting about the Rafale corruption case – has revealed in its new report of November 7 that Indian investigating agencies deliberately ignored this case in which India’s prime minister (PM) Narendra Modi is the prime accused.

Mediapart says that detectives from India’s federal police force, the Central Bureau of Investigations (CBI), and its colleagues from the Enforcement Directorate (ED), which fights money laundering, have had proof since October 2018 that French aviation firm Dassault paid at least 7.5 million euros (equivalent to just under 650 million rupees) in secret commissions to middleman in this case. But the CBI and ED decided to ignore the wrongdoing. [ Watch The Wire video dated November 8, 2021. ]

As the Indian courts and judges had also turned a blind eye to the possible corruption in the Rafale deal, a French judge was appointed in July to lead a judicial investigation into alleged corruption and favouritism in the 7.8 billion euro sale to India of 36 fighter aircraft.

Mediapart – an independent French online investigative journal – revealed in its report released on July 2 that the investigation was formally opened in June following a decision by the financial crimes branch of the French public prosecution services, the PNF. Parquet national financier (PNF) is a French judicial institution which is responsible for investigating serious economic and financial crimes.

Thanks to a series of investigative reports published by Mediapart in April 2021 about the possibility of corruption in the Rafale deal, the probe has been launched to examine various aspects of the deal. These include corruption, influence peddling, money laundering, favouritism, and undue tax waivers surrounding the deal.

Investigative reporter Yann Philippin of Mediapart reveals that after declining to investigate the case in 2019, the PNF has decided to open it after the case was updated with details from Mediapart’s recent series of investigations. The Wire news service published a video interview with Yann Philippin in April to learn about the Rafale case. [ Click here to watch the interview. ]

However, the top court observed arbitrarily that the petitions lacked merits and therefore there is no need for the CBI to register a first information report (FIR) and start the inquiry.

Since Gogoi had dishonestly tried to protect Modi in the Rafale corruption case, recently in August, a petition in the Supreme Court had challenged Gogoi’s appointment to the Rajya Sabha, the Upper House of the bicameral Parliament of India.

The petitioners in the Rafale case – led by lawyer Prashant Bhushan – had filed a complaint with the CBI on October 4, 2018, urging the agency to register an FIR against PM Modi and former defence minister Manohar Parrikar.

The complaint alleged that the accused have committed a range of offences under the Prevention of Corruption Act (PC Act) over their April 2015 decision to purchase 36 Rafale aircraft from Dassault Aviation. The complaint was handed over to Alok Verma, the-then director of the CBI, who was later removed from his position surreptitiously by the Modi government with the help of Central Vigilance Commission (CVC), India’s top anti-corruption organization which controls CBI.

Chowdary was gifted the post of CVC in 2015 for his role in protecting Modi unscrupulously. Despite a number of corruption complaints against Chowdary, he goes scot-free because there is no specific law to prosecute him. According to an RTI reply, four complaints were filed against Chowdary between January 2014 to August 2020.

A new CVC Sanjay Kothari – who was handpicked in April 2020 – was equally notorious, as he ignored the Rafale case. The office of the CVC is an utterly useless setup which mostly protects the corrupt government functionaries instead of catching and punishing them.

It is alleged in the complaint that Modi – who is a public servant – misused his position as PM of India to give undue benefit in the Rafale deal to his close associate Anil Ambani who is the Chairman of Reliance ADA group of companies and brother of Mukesh Ambani. When the complaint reached India’s top investigating agency CBI, Chowdary allegedly conspired to get CBI director Alok Verma removed from his position.

Strangely, however, the Supreme Court did not find the need to explore all these troubling questions and gave a murky judgment in favor of the Modi government. The petitioners had alleged that the 2018 judgment “relied upon patently incorrect claims made by the government in an unsigned note given in a sealed cover” to the Supreme Court.

In order to see transparency in the decision-making process of the court, they had requested for an oral hearing of the petition in an open court. But instead of dealing with the case objectively, the Supreme Court judges – it appears – merely used their whims to dismiss it because the case targeted PM Modi. The less said about the Indian courts, the better.

In order to highlight corruption in the Rafale deal, Congress leader Rahul Gandhi used ‘chowkidar chor hai’ (PM Narendra Modi as watchman of the country is a thief) slogan extensively before the 2019 Lok Sabha election to discredit Modi for his alleged involvement in the deal.

Rahul Gandhi often called Modi a “thief” for stealing Rs. 30,000 crore (~ US$ 4 billion) in the Rafale deal which was handled by Modi in a shady manner. However, after the shady court judgment, Rahul Gandhi and the petitioners had to willy-nilly accept that there was no corruption in the Rafale deal and Chowkidar Modi is not a chor.

But the new Mediapart articles have again brought the Rafale scandal to the center stage of increasing political corruption in India. According to its article, in New Delhi on September 23rd 2016 the French minister for defence, Jean-Yves Le Drian, and his Indian counterpart Manohar Parrikar, watched by Éric Trappier, CEO of French company Dassault Aviation, signed one of the biggest arms deals ever concluded by the French state.

Earlier, as expected, the Modi government had dismissed the Rafale investigation report on April 5, saying it is a baseless report and blamed the opposition party Congress and ‘corporate rivalry’ for accusing Modi and his government. But the Modi government has not given any solid argument in its defence. [ Click here to watch a related video. ]

Since the opposition parties in India are almost extinct and the courts as well as anti-corruption outfits such as the Lokpal, CVC, and CBI are mostly complicit in state crimes, the Rafale scandal will once again be brushed under the carpet.

The Congress party, however, held a casual press conference in July to explain the irregularities in the Rafale deal. As Congress is a dying political outfit, it shows its opposition only through Twitter instead of holding field demonstrations or going to the courts against the Modi government’s questionable actions. 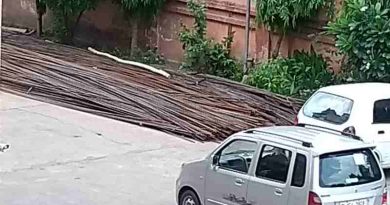