Mishra had retired from the Supreme Court in September last year and during his tenure he pronounced many dubious judgements to please Modi.

Former Supreme Court Judge, Justice Arun Kumar Mishra, has been handpicked by the Indian government of Prime Minister (PM) Narendra Modi for the post of Chairman of the National Human Rights Commission (NHRC).

Mishra – who is known for his sycophancy for Modi – took charge on Wednesday (June 2) despite strong opposition to his selection. Senior Congress leader and Leader of Opposition in Rajya Sabha Mallikarjun Kharge – who was a member of the selection committee – dissociated himself from the process of NHRC chairperson’s selection.

“In my letter to PM Modi, I raised concerns regarding the manner in which the NHRC appointments were made,” Kharge wrote in his tweet on June 2.

In my letter to PM @narendramodi, I raised concerns regarding the manner in which the #NHRC appointments were made.

The @BJP4India Govt refused to consider any SCs, STs, OBCs or minorities. Further, the appointments smack of partisanship & quid pro quo.
I strongly condemn this. pic.twitter.com/ONWN4wZmd6

Mishra had retired from the Supreme Court in September last year and during his tenure he pronounced many dubious judgements to please Modi and brazenly admired him presumably to grab a lucrative position after retirement.

Speaking at the International Judicial Conference last year, Mishra had described Modi as an “internationally acclaimed visionary”, and praised his “versatile genius to think globally and act locally.”

Mishra’s remarks were so shameful that the Supreme Court Bar Association (SCBA) had to issue a resolution to denounce his admiration for Modi while the judges are supposed to maintain a safe distance from politicians. In its statement, the SCBA said it has taken note with deep sense of anguish and concern the statement made by Mishra to praise Modi.

The SCBA, according to the statement, also expressed that such proximity and familiarity may impact the decision making process by the judges and may give rise to justifiable doubts in the minds of the litigants about the outcome.

Later, a former India minister and rebel Bharatiya Janata Party (BJP) leader Yashwant Sinha ridiculed Mishra’s obsequious behaviour toward Modi. Yashwant Sinha suggested in a sarcastic tenor that after Mishra’s retirement, Modi should reward him for the judgements that he had given to favor Modi and his government.

“Justice Mishra of the SC (Supreme Court) is now retiring. Should his great talent and experience be wasted? Should not the ‘versatile genius’ who ‘thinks globally and acts locally’ think about utilizing his services? And it should be more than a mere RS (Rajya Sabha) seat,” Sinha said in his tweet.

As Sinha had conjectured, Modi has rewarded Mishra with the top position in the NHRC for the favors that he had extended to the Modi government while working as the judge of the top court.

But Mishra is not alone who has been rewarded for his secret collaboration with the Modi government. Recently, retired judge Surendra Kumar Yadav, who gave the verdict in the controversial Babri mosque demolition case last year, was chosen for the up-Lokayukta (deputy Lokayukta) position in Uttar Pradesh. He took the oath of office on April 12.

As a judge of the special CBI (Central Bureau of Investigation) court, Yadav had on September 30, 2020 acquitted all the 32 accused in the case of demolition of Babri mosque in Ayodhya on December 6, 1992. The acquitted leaders, who mainly belong to the Bharatiya Janata Party (BJP) of PM Modi, include L.K. Advani, M.M. Joshi, Uma Bharti, and Kalyan Singh.

A number of rights activists and civil society organizations had termed the verdict in the Babri Masjid (mosque) demolition case as yet another nail in the coffin of Indian democracy and questioned the role of judiciary. They had demanded that the CBI should challenge the decision in the higher court. But the outcome did not change and the judge was rewarded for his judgement in favor of the ruling regime.

Similarly, last year, former Chief Justice of India (CJI) Ranjan Gogoi was rewarded with membership of Rajya Sabha, the upper house of India’s parliament. With his bias toward the Modi government, Gogoi – who retired in November 2019 – was largely working as a government spokesperson.

During his tenure, he had completely tarnished the image of the Supreme Court which had been reduced to the level of a party office of BJP. As a judge, Gogoi was pronouncing judgements such as the Ayodhya verdict and decision on the Rafale corruption case to meet Modi’s expectations.

As the Modi government has given top administrative and judicial posts to its own loyal men who could cover up the crime and corruption cases in which top BJP politicians are involved, there has been a huge controversy over the manner the anti-corruption ombudsman Lokpal was appointed.

Recent reports suggest that the entire exercise of the appointment of Lokpal was held in a dubious manner and Lokpal has been ignoring the corruption cases of top politicians.

Now Mishra has been made the head of NHRC, which has already lost its reputation in the country. Today, NHRC exists as a toothless organization that has failed to protect human rights of the people of India.

Top world leaders have been repeatedly cursing the Modi government for human rights abuses in India – so much so that India has lost its status of electoral democracy under Modi. Democracy Report 2021 from the V-Dem Institute reveals that India has lost its status as an electoral democracy, as the Modi government is imposing various restrictions on multiple facets of democracy such as civil society and free speech.

Although NHRC is supposed to protect the rights of people, this bureaucratic outfit turns a blind eye to the human rights violations because it cannot displease the Modi government. In some cases, the NHRC only sends some casual notices to the violators of human rights without taking any punitive action against the culprits.

With the appointment of a yes-man like Mishra at NHRC, the human rights situation in the country will go from bad to worse. 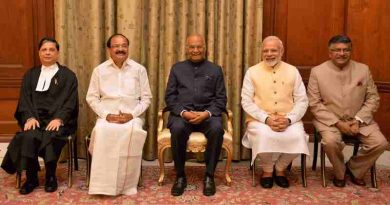 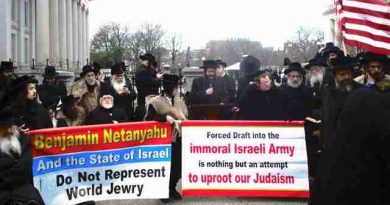 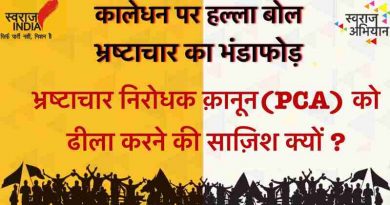