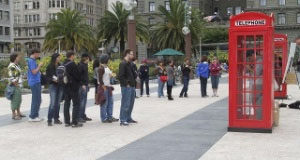 London is in trouble and only Professor Layton can help! The popular series of portable games featuring Professor Layton has built a reputation for fun puzzles woven into the context of a mystery.

Sunday marked the launch of the third game in the series, Professor Layton and the Unwound Future, made for the Nintendo DS family of systems.

Future Luke explains how London has fallen into disarray, and requests the aid of Professor Layton to set things right.

By solving more than 165 puzzles, riddles and brain teasers, players must help the pair solve the mystery.

Professor Layton and the Unwound Future includes more voice acting and more animated sequences than any game in the series, claims Nintendo.

“Everyone likes to solve a puzzle and unravel a mystery,” said Cammie Dunaway, Nintendo of America’s executive vice president of Sales & Marketing. “Professor Layton games deliver more of this kind of entertainment than any other series. Even better, they put it right in the palm of your hand.”

According to the company, Nintendo DSi features parental controls that let adults manage the content their children can access.

In the above photo provided by Nintendo of America, consumers gather to play Professor Layton and the Unwound Future for the Nintendo DS family of systems on Sept. 7, 2010, at San Francisco’s Union Square in advance of the game’s launch on Sept. 12, 2010. Men and women competed in a puzzle-solving challenge to celebrate the third installment in the puzzle-game series. 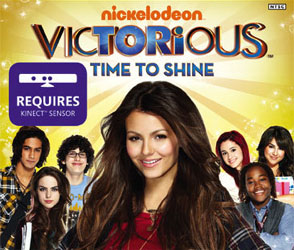 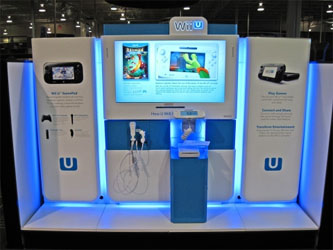 Nintendo Rolls Out 5,000 Wii U Kiosks