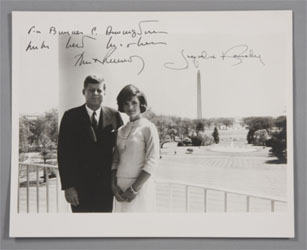 Perfectly timed to coincide with election season, a single-owner private collection of White House Presidential, First Lady and First Family mementos, memorabilia and gifts – gathered by a man who worked at the White House from the Truman through the Reagan administrations – will be sold at auction Friday, Oct. 12, by Great Gatsby’s Auction Gallery in Atlanta.

Mr. Bonner Arrington was a carpenter at the White House for 33 years.  Involved in all of the day-to-day maintenance and special events that occurred within the public and private rooms of the White House, Mr. Arrington began, early on, to proudly cherish every memento that came his way while doing a job that, as a poor boy from Covington, Va., he never dreamed possible. Mr. Arrington’s wife Alphadine (“Deanie”) also worked at the White House from the 1970s to the mid-1980s.

The collection was consigned for sale by Mr. Arrington’s grandson who has stories of his own to share, from walking in awe as a small boy through the halls of the White House holding onto his granddad’s hand, to later years when his grandfather would tell him of building the bier for President Kennedy’s coffin so that it might lay in state in the East Room of the White House, to happier times of building the gazebo for Tricia Nixon’s White House wedding.

Also being offered is an exact replica of the Presidential Oval Office Desk – “The Resolute”, made to the exact specifications of the original, and crafted by the same Old World artisans who crafted this desk for the Reagan, Carter and George H. Bush Presidential libraries.

The auction will be held in Great Gatsby’s 60,000-square-foot gallery located at 5180 Peachtree Industrial Boulevard in Atlanta, starting at 1:00 p.m. (EDT) – the first day of a huge three-day weekend sale. Internet bidding, with live audio / video streaming, will be conducted through Great Gatsby’s website at www.greatgatsbys.com.

This auction can be previewed online at http://greatgatsbys.auctionserver.net/ 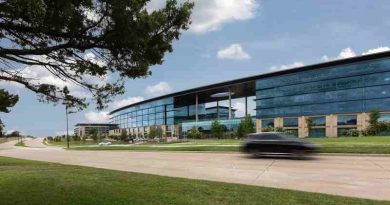 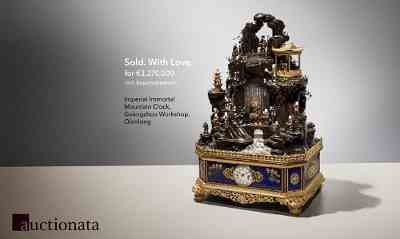