The Emmy Award-winning PBS home improvement series This Old House will feature a 19th-century Victorian-era home in the city of Cambridge, Mass., and a woodland cottage circa 1935 in rural Essex, Mass., as its latest renovation projects for the upcoming 33rd national season premiering this October 4.

The locations represent a city-and -country theme and provide fresh angles that are different and even contrasting. The Cambridge Project will showcase a renovation for a young family in a bustling urban setting, while the Essex Project is a quiet country cottage that will be transformed into a universally accessible living space for aging parents.

[ Also Read: Get Ready for the Connected Home of the Future ]

“We have two major remodels this season, each conceived by a homeowner with a very clear vision,” says host Kevin O’Connor. “Viewers will find aspects to love about both the stylish family home in Cambridge and the accessible in-law cottage in Essex.”

Live, 24/7 progress of the Cambridge and Essex projects is available on thisoldhouse.com/webcams. 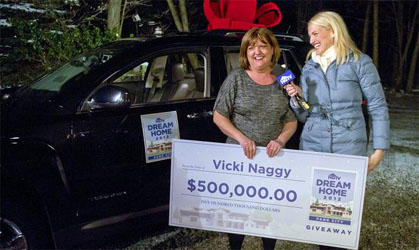 Do You Want to Win Your Dream Home?

Robotic Suit to Make You an Iron Man

One thought on “This Old House to Feature Victorian-Era Home”