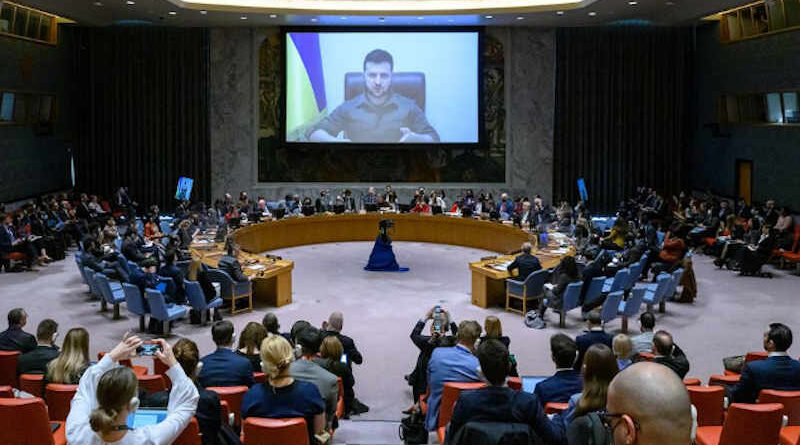 Ukraine’s President Volodymyr Zelensky has called on the UN Security Council to act for peace, or ‘dissolve’ itself. In his address to the Security Council on Tuesday (April 5), Zelensky accused Russian forces of deliberate slaughter of civilians in Bucha.

As Russia had started its attacks on Ukraine in February, the UN, the U.S., and the European leaders have been issuing only casual bureaucratic statements against Russia, but they have not taken any steps to save Ukrainians from the Russian brutality.

“We are dealing with a State that is turning the veto of the United Nations Security Council into the right to die,” President Zelynskyy warned. “If it continues, countries will rely not on international law or global institutions to ensure security, but rather, on the power of their own arms.”

Noting that he had just returned from Bucha, the newly liberated suburb of Kyiv that has become notorious since images of mass civilian deaths there emerged at the weekend, he recounted how Russian forces had sought and purposely killed anyone who served Ukraine.

Zelynskyy accused Russia of wanting to “turn Ukrainians into silent slaves” and openly stealing everything, “starting with food and ending with gold earrings that are pulled out and covered with blood”.

These tactics, he said, are no different than those used by terrorist group Da’esh – except that they are now being perpetrated by a permanent member of the Security Council.  “Where is the security that the Security Council must guarantee?” he implored.

Recalling that Holocaust organizer Adolf Eichmann did not go unpunished, the Ukrainian president said it was time for reform. “The power of peace must become dominant.”

He challenged the Council to either remove the Russian Federation as a source of war so it can no longer block decisions made about its own aggression, or simply “dissolve yourselves altogether” if there is nothing to do other than engage in conversation.

“Are you ready to close the United Nations? Do you think that the time for international law is gone?” he asked. “Ukraine needs peace. Europe needs peace. The world needs peace,” he insisted.

In an earlier briefing to the Council, UN Secretary-General António Guterres, expressed deep regret over divisions that have prevented the Council from acting not only on Ukraine – but on other threats to peace around the world. He urged the Organization’s flagship security body to do “everything in its power” to end the war. 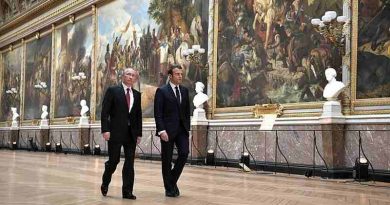 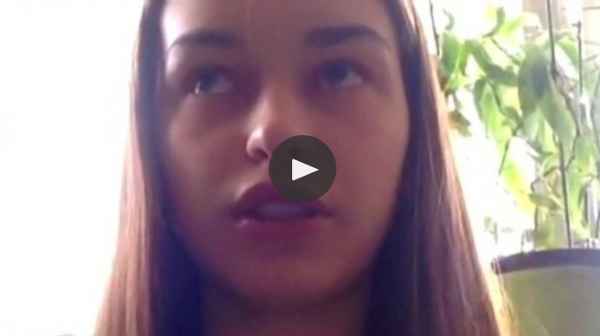