The office of the UN High Commissioner for Human Rights Michelle Bachelet said in Geneva on May 11 that the military authorities continue their brutal crackdown on opponents even after over 100 days of the coup in Myanmar.

As of May 10, according to the UN Human Rights office, the security forces, using unnecessary, disproportionate and lethal force to suppress demonstrations and other forms of public participation, have killed at least 782 individuals since the coup on February 1.

While much of the world’s attention has been on the number of peaceful protesters and bystanders killed by the security forces, the authorities continue to commit other gross human rights violations against the people of Myanmar, the UN Human Rights office said.

With reports of repression in Myanmar, the UN Human Rights office has admitted that it has failed to save the lives of peaceful protesters in Myanmar. In fact, the UN human rights officials keep releasing meaningless condemnation statements but they cannot save the lives of the victims of human rights violations and other crimes perpetrated by cruel authorities in different countries such as Belarus, China, India, Israel, Myanmar, Russia, Syria, and so on.

The UN Human Rights office further reveals that there is no weakening of the resolve of the civil disobedience movement and other facets of opposition to the coup leaders. There are daily raids on private homes and offices, and more than 3,740 people are currently in detention. Also, the whereabouts and fate of hundreds of these individuals are unknown while these are situations that may amount to enforced disappearances.

Of those in custody, the vast majority has not been brought before a judge, while most of the 86 people prosecuted thus far have been tried in secret, with limited or no access to any form of legal counsel. Military tribunals and courts martial have been established in several townships in which martial law was declared. At least 25 individuals have received the death sentence to date – some 20 of whom were tried in absentia.

Over the past month, the military leadership has issued over 1,561 arrest warrants targeting civil society activists, trade unionists, journalists, academics, public personalities and online voices, driving the vast majority of them underground. To intensify pressure, the military authorities have resorted to taking relatives of wanted people into custody to force them to turn themselves in to the police.

The UN Human Rights office adds in its report of May 11 that the military authorities are also stepping up their efforts to pressure civil servants back to work. In recent weeks, the coup leadership has dismissed, removed, or suspended more than 3,000 civil servants – nearly 70 per cent of those targeted have been women.

Those suspended include 990 university professors, researchers and assistants who in the past few days have been suspended for failing to report to work. There are reports that up to 11,000 more educational workers were suspended on May 10.

As the armed conflicts between the Tatmadaw and some of the ethnic armed organizations, particularly in Kachin and Kayin states, have intensified, people seeking protection are being forced to consider seeking safety outside the country. When they do so, they should receive such protection and support from Myanmar’s neighbours, the UN Human Rights office said.

It adds that there needs to be greater international involvement to prevent the human rights situation in Myanmar from deteriorating further. Despite the five-point plan agreed at the ASEAN leaders’ meeting on April 24, the Myanmar military leadership has shown no sign of abiding by it.

“We call on ASEAN to react quickly and to intensify its actions to ensure the military keeps to these commitments and to hold them accountable for failing to do so,”  the UN Human Rights office said. 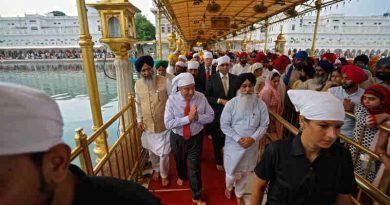 What Is the Role of Financial Institutions to Promote Human Rights?

November 30, 2016 RMN News Comments Off on What Is the Role of Financial Institutions to Promote Human Rights?