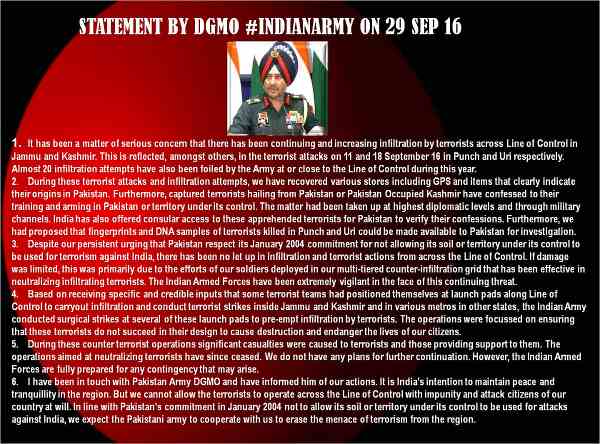 India’s Director General of Military Operations (DGMO) has reported increasing infiltration by terrorists across the Line of Control (LoC) in Jammu and Kashmir (J&K).

“Based on specific inputs that some terrorist teams had positioned themselves at launch pads along the LoC to carry out infiltration and conduct terrorist strikes inside J&K and in various metros in other states, the Indian Army conducted surgical strikes at several of these launch pads to preempt infiltration by terrorists,” DGMO said.

He added that the operations were focussed on ensuring that these terrorists do not succeed in their design to cause destruction and endanger the lives of our citizens.

However, Pakistan has refuted the Indian claims. Pakistan said there has been no surgical strike by India; instead there had been cross border fire initiated and conducted by India which is existential phenomenon.

“As per rules of engagement, same was strongly and befittingly responded by Pakistani troops,” a news release from Pakistan’s Inter Services Public Relations (ISPR) stated on Thursday.

India’s DGMO claimed that during the counter terrorist operations, significant casualties were caused to terrorists and those providing support to them.

“The operations aimed at neutralizing terrorists have since ceased. We do not have any plans for further continuation. However, the Indian Armed Forces are fully prepared for any contingency that may arise,” Indian DGMO said, adding that he has been in touch with Pakistan Army DGMO and has informed him of India’s actions.

Pakistan responded by saying that the notion of surgical strike linked to alleged terrorists bases is an illusion, being deliberately generated by India to create false effects.

“This quest by Indian establishment to create media hype by rebranding cross border fire as surgical strike is fabrication of truth,” said Pakistan in its statement. “Pakistan has made it clear that if there is a surgical strike on Pakistani soil, same will be strongly responded.” 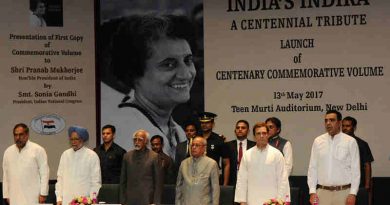 May 14, 2017 RMN News Comments Off on Pranab Mukherjee Receives Book on Indira Gandhi 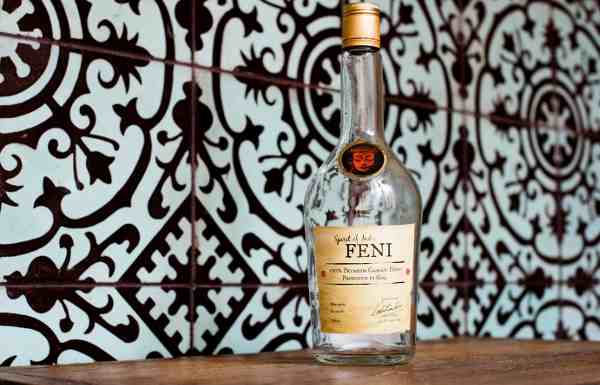 Heritage Spirit of India “Feni” Enters the US Market

November 5, 2015 RMN News Comments Off on Heritage Spirit of India “Feni” Enters the US Market