On the one-year anniversary of the earthquake that devastated Haiti, Tide Loads of Hope is releasing a short documentary film. It shares stories of Hope, providing a glimpse into the lives of residents and relief workers in Haiti who have worked to help rebuild the lives of those who lost so much.

Other organizations are also trying to help people in Haiti. It is said that thousands of Haitian people have endured living on dirt floors amid stifling heat and tropical downpours since the Jan. 12, 2010, earthquake.

But about 1,000 of Haiti’s most vulnerable people, particularly the elderly and young children, are finding some relief in temporary shelter structures provided by Haitian Relief & Missions (HRM) and its all-volunteer U.S. workers. (Read: Shelters for Quake-Hit People in Haiti)

[ Also Read: Cabins of Hope to Help Children from Haiti ]

Soon after the earthquake struck Haiti, Tide Loads of Hope, a mobile laundry program committed to helping families affected by disaster, began implementing a plan that would offer lasting aid to two organizations in dire need of the program’s services.

With the help of Operation Blessing International, Tide Loads of Hope traveled to Haiti to provide the National University Hospital of the State of Haiti (HUEH or the “General Hospital”) and Zanmi Beni, a home for disabled orphans and abandoned children, with the resource it knows best: clean laundry, and this time in the form of new, permanent laundry rooms.

[ Also Read: If I Were President: My Haitian Experience ]

Tide Loads of Hope arrived in Haiti on Aug. 31, 2010, making its first stop at the General Hospital. There, the team constructed the hospital’s working laundry room with eight washers and dryers.

Prior to this, it is said, the General Hospital was serving 700 beds and was washing bed sheets and laundry entirely by hand. Working with Operation Blessing, Tide Loads of Hope traveled next to Zanmi Beni orphanage and built a fully-functional laundry room to wash the linens and clothes of the facility’s 48 young children and 30 full-time staff members.

The film, entitled “Espwa” or “Hope” in Creole, documents Tide’s journey to Haiti and is narrated by five-time Grammy Award winner and Tide Loads of Hope ambassador, Faith Hill.

The film premiered Wednesday on Tide’s Facebook page at http://www.facebook.com/Tide, and a special screening event will be held in Park City, Utah during the 2011 Film Festival.

“Since the launch of Tide Loads of Hope in 2005 after Hurricane Katrina, the spirit of the communities we’ve been able to reach has inspired us,” says Kevin Crociata, Tide marketing director.

“It is that inspiration and our recent trip to Haiti that has led us to create this special film, which we hope moves the nation and urges people to help families affected by disaster.” 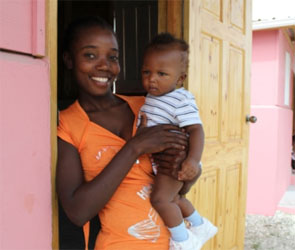 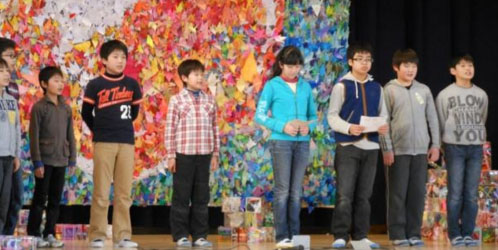