The global media watchdog Reporters Sans Frontieres (RSF) has for the first time issued an Incident Report, on freedom of the press in India, after the murder of a fourth journalist in less than six months and a sharp rise in hate speech.

In view of the increase in breaches of press freedom in India in the past six months, the Incident Report examines the country’s ranking in the World Press Freedom Index, the global benchmark for media freedom.

In the 2018 Index, published in April this year, India occupied the 138th position out of 180 countries, two places lower than in 2017, and the situation has continued to deteriorate.

On July 3, RSF secretary-general, Christophe Deloire, wrote to Indian Prime Minister Narendra Modi telling him that the Incident Report had been issued in relation to press freedom in the country, and asking him to take urgent action.

An Incident Report is issued when events are observed that could affect a country’s ranking based on one or more of the indicators that are used in the evaluation for the World Press Freedom Index.

In its letter, RSF notes that “in the first six months of 2018, at least as many reporters were killed as for the whole of 2017, while hate speech directed toward journalists has increased massively, causing serious concern for their safety.”

On June 14, the editor of the renowned newspaper Rising Kashmir, Shujaat Bukhari, was shot dead as he left his office in Srinagar, the capital of Indian-administered Jammu and Kashmir state.

On March 26, Sandeep Sharma, who had been investigating illegal sand mining, was crushed to death by a garbage truck in Madhya Pradesh state in central India. A day earlier, two other journalists, Navin Nischal and Vijay Singh, subeditors with the daily Dainik Bhaskar, were deliberately run over and killed by an SUV in Bihar state.

[ Attack on Press Freedom and Criminal Intimidation at DPS CGHS ]

RSF observes that abuses against journalists have increased sharply in the past six months. On June 22, Satyendra Gangwar was shot and wounded in the north of Uttar Pradesh, near the Nepalese border, by members of the mining mafia, which he had been investigating and which was behind an earlier assault on him in March.

On June 18, Suman Debnath, who was investigating the theft of petroleum in Tripura state, was almost killed when two men tried to slit his throat. On April 17, in the neighbouring state of Meghalaya, the home of Patricia Mukhim, editor of the Shillong Times, was attacked with a kerosene bomb.

In addition, there has been an increase in cases of police violence and attacks by security forces in Jammu and Kashmir, as well as violence by political activists.

As a result, the indicator that records Abuses against journalists is likely to suffer. It accounts for one-fifth of each country’s assessment by RSF for the annual World Press Freedom Index.

The other variable on which RSF intends to question the Indian authorities is the alarming deterioration in the general working environment for journalists in recent months.

Online hate campaigns and harassment by armies of trolls that promote the Hindutva doctrine, a mixture of Hinduism and pre-war western nationalism favoured by Prime Minister Modi, have reached unprecedented levels.

RSF informs that a journalist Rana Ayyub has been subjected to a hellish nightmare since April after tweets falsely attributed to her were published, unleashing an outburst of hate messages posted on social media, such as sexist insults, faked pornographic videos, and calls for her to be gang-raped and murdered.

A month later, the TV journalist Ravish Kumar disclosed that the death threats he had been receiving on his phone since 2015 had increased sharply in numbers and their level of hostility during the previous month.

According to RSF, the start of the wave of threats against Kumar coincided with the publication of his book, The Free Voice, in which he describes the disturbing decline in press freedom in Modi’s India, which he describes as a “republic of fear”.

This kind of intimidation, which affects journalists expressing even the mildest criticism of the current government, creates a harsh climate of self-censorship, and even propaganda, RSF said in its report.

This is what is suggested by an investigation carried out by the news website Cobrapost, dubbed Operation 136 after India’s ranking in RSF’s 2017 World Press Freedom Index.

It discovered that the commercial divisions of most of India’s leading media groups would accept substantial bribes in return for favourable coverage of the ruling party. Rather than publicising this scandal, the mainstream media largely ignored it, a symptom of the level of self-censorship that looms over the country’s news industry.

In these circumstances, the Environment and Self-censorship indicator, which accounts for 13 per cent of the overall score for each country, is also likely to be affected, RSF said. Together with Abuses, it represents 33 per cent of the overall evaluation. India currently lies in 138th position of 180 countries and is thus already in an adverse position.

To reverse this trend, RSF makes the following recommendations to the Indian authorities:

RSF also calls on the representatives of the government and the ruling party:

Furthermore, RSF recommends that commercial divisions of news organizations draw up a code of practice that allows journalists to do their work impartially and without fear of censorship.

Reporters Without Borders (RSF) uses seven indicators: pluralism, media independence, abuses, environment and self-censorship, legislative framework, transparency, and the quality of the infrastructure that supports the production of news and information. 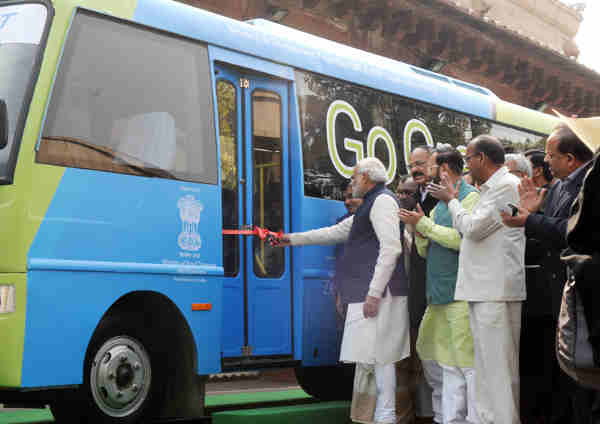