Strange but true. On Wednesday, TIME magazine threw its Person of the Year award on Mark Zuckerberg, founder and CEO of Facebook. The 2010 Person of the Year issue of TIME goes on sale today, Dec. 17. But the award has raised many eyebrows among the tech’s chattering classes. Why?

Most who are familiar with the Facebook’s journey in the online world would take this decision of the magazine with bated enthusiasm.

All of us know that Facebook is just one of the many online hangouts on the Net. As it’s still a privately held venture, the company is working in a totally closed-door environment.

For all these years since its inception in 2004, Facebook has always preferred to stay tight-lipped about everything – including its revenues, its profits or losses (most likely losses), its methodology to count the number of users, its stand on the users’ privacy, and so on.

But even after its covert dealings, first somebody decides to make a movie on Facebook, saying insistently: “You don’t get to 500 million friends without making a few enemies.” (Read: Why Do We Need a Movie on Facebook?)

And now somebody decides to confer the award on Facebook founder, believing blindly that his social network has over 500 million users.

But what’s the truth?

Today, Facebook claims to have over 550 million users. What does this mean? Although 550 million users would have registered on Facebook, they’re not regular users. It’s estimated that not more than 20% (110 million) are actually using the site.

As an analogy, if 10 million people look toward a free roadside hoarding of a product, it won’t mean that all those people are regular consumers of that product.

And out of these 110 million on Facebook, at least 50% (55 million) enter the network only for chat or for virtual hijinks (games, gifts, etc.) and another 30% (33 million) keep joining all types of weird Groups and Pages, which they hardly visit subsequently.

Keeping all these factors in view, Facebook has only about 15 million serious users.

(I have reached these estimations from my attentive Facebook study during the past about 18 months and with the current ‘Facebook Friends’ count of over 4,000.)

Facebook’s definition of ‘active users’ – users who returned to the site in the last 30 days – is too shaky. Logging into a free site once in a month can’t be termed as activeness.

And even if they’re logged in, most are not doing any social networking except some one-to-one chat or game-playing, which has nothing to do with Facebook as a “social utility,” as the company positions its site.

These few users – nearly 15 million – try to make real networking use of Facebook by communicating with others and writing some sensible posts.

But there are few takers for their views. Others are hardly interested in what people write. Or they would randomly press the ‘Like’ without even reading the post or the article behind the posted link.

The real response from the readers is negligibly low. If you’ve, say, 1,000 Facebook friends, you can’t expect response from more than 1% (only 10 friends) to some of your posts. So Facebook has yet to prove its utility even as a true communications or networking platform.

Almost all the regular users on Facebook belong to the ‘idle’ category or they can be called ‘virtual wanderers’ who spend close to 10 hours on average everyday on Facebook without engaging themselves in any worthwhile activity.

And a new disorder has emerged – Facebook Addiction Disorder (FAD) – for them. This is a new breed of couch potatoes. Looking at these users, it appears that Facebook is a blatant time-waster.

Now, let’s take a look at its financial performance. Although Facebook prefers to stay quiet on its financial health, it’s reported that its revenue for 2010 will be around $1 billion, which translates to less than $2 per user per year. Not impressive by any standard.

So what are the bottlenecks that impede its financial growth?

Unlike other professional networks that charge certain users for differentiated premium services, Facebook has been offering its service free to the users. So, it can’t make money from subscription services.

In fact, a service like Facebook has become a unique paradox in the tech markets. It claims it has millions of consumers for its service but not even a fraction of them is ready to pay.

Moreover, it’s highly unlikely that its ad revenue model will serve the purpose, as most Facebook users don’t even look at the side ads.

Let alone ads, they don’t even look at the flow of info feeds that run just on their monitor because most are glued to their chat boxes or the so-called social games on Facebook.

In general also, Internet-based ads don’t attract consumers. Although the digital space is considered to be a great place to target and reach consumers, in a recent survey when adults were asked which type of ads they tend to ignore or disregard the most, over six in ten said Internet ads. (Read: Why Consumers Ignore Most Media Ads)

As a result, Facebook is still struggling to stand on its own feet and it’s surviving on artificial support – on investors’ money.

It has raised money from many investors including venture capitalist Peter Thiel, Accel Partners, Microsoft, and Digital Sky (an investment group with stakes in Eastern European and Russian Internet businesses). And it has yet to prove its financial viability.

So, Facebook and its supporters like the TIME magazine and movie makers are living in fool’s paradise by assuming that it’s a successful site with over 500 million users.

The others are, in fact, trying to leverage false and cheap popularity that Facebook claims to promote their own products – magazines, movies, etc.

And a product like TIME has blatantly misused its media status by making Zuckerberg a kind of hero in the world and by hoodwinking the poor consumers in the process.

The more disturbing fact, however, is that TIME ignored Wikileaks’ editor Julian Assange, who, for most part of the TIME polling period, was much ahead of Zuckerberg. Now, Assange is among the runners-up in the TIME list.

Why? When the U.S. government pressure came on Wikileaks’ business partners like PayPal, Amazon, and others (who cut off Wikileaks’ service), it’s believed TIME also decided to distance itself from Assange and his secrets-spilling site.

If media companies also start behaving like other crooked commercial, money-minded outfits, who will bring truth to the fore for general public?

Plus, this is a highly immoral practice for media companies that are breaking their ethical limits to distribute commercially influenced awards. Your business is to sell news. If you’re not able to create sellable news, you can’t create another shady business under your news activity.

No commercial entity – like TIME or other media companies – should get into awards business, as these awards are mostly sponsored – covertly or overtly. So, the selection of the awards recipients will – in all probability – be biased.

Another factor: In many cases, companies that want to raise money through Initial Public Offerings (IPOs) step up their Public Relations (PR) campaigns to win awards for them and their bosses. And commercial award givers can easily fall prey to such PR blitzkriegs. Is TIME-Facebook case falling in this category? Only TIME knows or God knows!

But the people at large shouldn’t take both these outfits seriously. Such awards have no moral meaning at all. 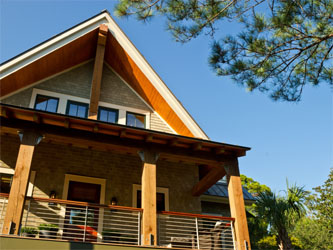 How to Simply Win Your Dream Home 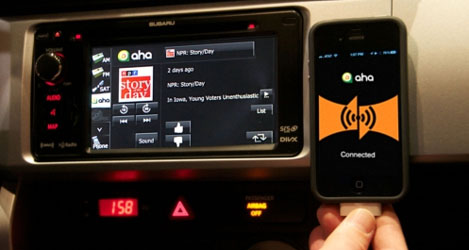 January 11, 2012 RMN News Comments Off on Subaru to Deliver Web Content through the Radio

2 thoughts on “Is the TIME Right to Honor Zuckerberg of Facebook?”