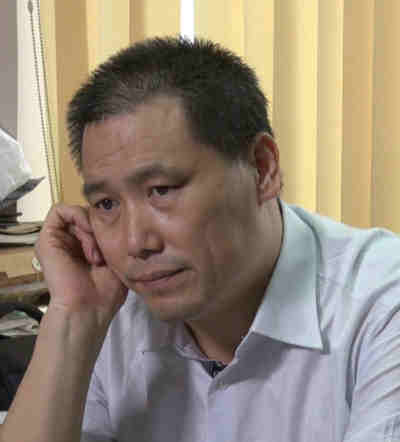 The Foreign Correspondents’ Club of China (FCCC) has condemned the violence against overseas media by the Chinese authorities in an effort to block reporting of the trial of rights lawyer Pu Zhiqiang in Beijing today.

According to Human Rights Watch (HRW), Pu is on trial before a Beijing court for alleged crimes of “inciting ethnic hatred” and “creating a disturbance” for seven microblog, or “Weibo,” posts that he published online between July 2011 and May 2014.

Pu, who is undergoing prison sentence, appeared in the court today to defend his case. However, no verdict was announced by the court, which is believed to be acting under instructions from the Chinese authorities. If convicted, Pu could face a jail sentence of 8 years.

Uniformed security officers as well as men who appeared to be plainclothes officers yelled at, shoved and otherwise sought to obstruct journalists in their normal course of work outside the Beijing courthouse, FCCC said in a statement.

FCCC members report at least one foreign journalist was slammed to the ground by a security officer. Others were pushed, shoved and punched in the back as they were hustled away from the site.

The FCCC calls on the Chinese government and police to halt their harassment of and physical intimidation against foreign reporters and to abide by their own rules concerning the international media.

Meanwhile, HRW has demanded the release of Pu. “Nothing Pu Zhiqiang has written has violated any law, but the authorities’ treatment of him certainly has,” said Sophie Richardson, China director at Human Rights Watch. “A guilty verdict will be an indictment of the Chinese government, its law, and its legal system – not of Pu.” 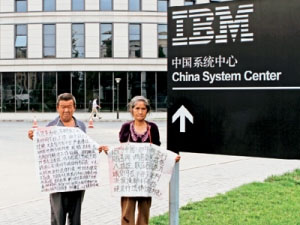 IBM Advised to Treat its People with Humanism in China

September 20, 2011 RMN News Comments Off on IBM Advised to Treat its People with Humanism in China