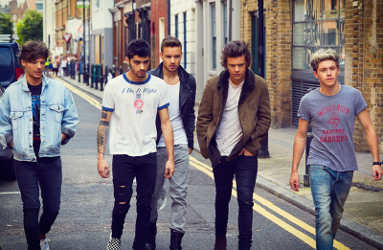 Global superstars One Direction announced Tuesday the dates for the North America leg of their worldwide Where We Are 2014 stadium tour with a special performance live from Central Park on ABC’s Good Morning America.

It’s been a phenomenal week for One Direction as they took home two awards at the 2013 American Music Awards including Best Pop / Rock Album and Best Pop / Rock Group and released their third studio album Midnight Memories.

The 21-city tour, promoted by Live Nation and presented by Nabisco, the makers of Oreo, Ritz and Honey Maid, kicks off on August 1, 2014 in Toronto, ON at Rogers Centre and includes stops in New York, Chicago, Los Angeles, Boston, Dallas and Miami, amongst others.

Additional dates to be announced. Tickets go on sale on Dec. 7 at www.livenation.com.

Meanwhile, IPG Media Lab and Sony / Columbia Records announced a partnership for One Direction (1D) on Kik, a mobile messaging tool. (Read: Sony Music Marketing Campaign on Messaging Platform)
“We simply can’t wait to be back in North America touring and to see our fans,” says Niall Horan. “It’s going to be absolutely huge!”

Fans can catch a sneak peek of the boys as they gear up to perform on NBC’s Saturday Night Live on Dec. 7, their second appearance on the show.

You can also catch the boys performing at the iHeartRadio Midnight Memories album release party airing on the CW on Dec. 9, with a special encore airing on Christmas Day at 9 PM ET. 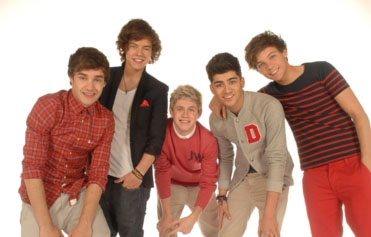 One Direction Goes Up with Up All Night

March 21, 2012 RMN News Comments Off on One Direction Goes Up with Up All Night

One Direction: Live While We’re Young

August 24, 2012 RMN News Comments Off on One Direction: Live While We’re Young