Open Letter to the New Officers of Editors Guild of India

I am a journalist and founder of the humanitarian organization RMN Foundation. I learn that you have been elected to manage the activities of the Editors Guild of India (EGI) as its president, general secretary, and treasurer.

As the press freedom in India is under an increasing threat, it will be a great responsibility for you to revive the dormant EGI and protect the rights and lives of journalists in the country. I can tell you from my own experience with the EGI that it exists only as an ineffective, toothless outfit which failed to ensure press freedom.

I am also a victim of threats, including death threats, for my editorial work. When I sent my case details to the EGI, instead of helping me, it dragged me further into a bureaucratic rigmarole by asking me to fill in a bunch of documents.

While the whole world has embraced technology to go online, the EGI refused to accept my case through email / pdf file and asked me with its callous response that it will accept only paper documents.

I face varied attacks on my editorial work. Earlier, the Indian government had blocked my news site and I face frequent restrictions on Facebook. In order to help me as a journalist, Mr. Christophe Deloire, Secretary-General of Paris-based Reporters Without Borders (RSF) – an international NGO that defends journalistic freedom – approached the Indian authorities.

In its letters written to Mr. Ravi Shankar Prasad, Union Law and Justice Minister; Mr. Amit Shah, Union Home Minister; and others, RSF urged them to formally register my complaint, investigate this case, and immediately prosecute those who have threatened or insulted me.

But the Indian authorities ignored the RSF requests and did not even approach me to inquire about my complaints. Later, RSF published an article on its website to explain that in recent months I have received multiple threats for my reporting in India and police failed to take action against those who threatened or persecuted me. But the Indian authorities did not take any action and threats to me kept increasing.

I then approached the National Human Rights Commission (NHRC) of India, which issued a notice to the Commissioner of Delhi Police. Subsequently, the Delhi Police filed its Non-Cognizable Offence Information Report a few months ago on 19.06.2020, which did not help me.

I found during all this struggle to protect my rights as a journalist that the Editors Guild of India (EGI) is a dying clerical organization which cannot take any punitive action against the culprits who threaten journalists. It only issues some meaningless statements which are ignored by the authorities.

Similarly, the NGOs – such as Reporters Without Borders (RSF), Amnesty International, and Human Rights Watch – that claim to be working for press freedom and protection of journalists operate only as secondary news outlets.

They lift news from here and there about attacks on journalists and simply publish it under their own banners on their websites. They cannot influence and change the brutal decisions of the authorities that are unleashing terror on journalists.

The statements and reports that the UN agencies and the NGOs compile are so weak and ineffective that the autocratic authorities simply ignore them. The work of all these outfits is meaningless if they cannot prosecute and punish the authoritarian regimes that are blatantly attacking journalists and press freedom.

In this backdrop, I expect you to work proactively in a digitally driven modern setting to at least protect our fundamental rights of expression and speech. In order to achieve this objective, you can take a number of steps such as pro bono legal help to journalists, formation of an editorial consortium for information sharing and advocacy, upgradation of the EGI website to report about attacks on journalists, and so on.

Please do let me know if I could provide any help in this EGI reformation process.

May 3, 2022 RMN News Comments Off on Press Freedom in Crisis Under Modi Regime in India: RSF World Report 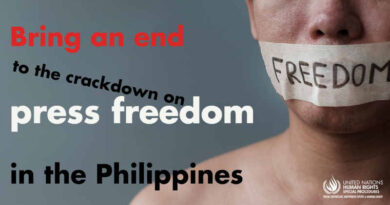