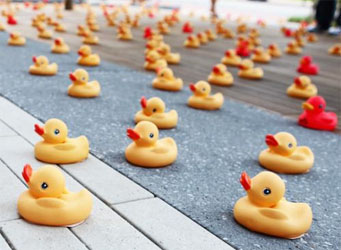 There was no “ducking” the more than 500 iconic rubber toy ducks that took over a busy downtown thoroughfare recently as curious on-lookers took note of the bizarre sight, explains The Titan Agency.

WaterDream; the Art of Bathroom Design, opened its doors June 26th at the Atlanta Museum of Design (MODA) where guests are offered a glimpse into the evolution of bathrooms and experience the work of famous architects and designers.

The Titan Agency, an Atlanta-based full service advertising and marketing agency with offices in Miami, helped kick off the festivities by creating the unique spectacle of over 500 plastic water fowls invading the corner of Peachtree and 14th streets during morning rush hour.

“An exhibit about bathroom design – we thought how could you not have rubber ducks involved?” Titan chief creative officer Mark Sorensen said.

“We approached the museum with the idea and they immediately jumped on board. To take such a busy section of the city at rush hour and stop people in their tracks with puzzled looks was priceless. It’s hard to grab people’s attention these days. Titan prides itself on standing out and this was a perfect example.”

The rubber ducks were free to those who wanted to take them.  MODA only requested that people take a photo of their new fowl friend in their home’s bathroom and share on the MODA Facebook page and Twitter feed, Sorensen added.

By mid-day, dozens of photos from the public exhibit and bathroom shots poured into the MODA Facebook page, it was claimed.

WaterDream is currently open to the public Tuesdays through Sundays until September 26th. 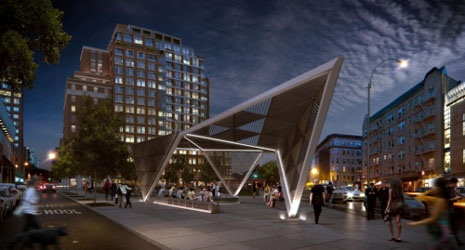 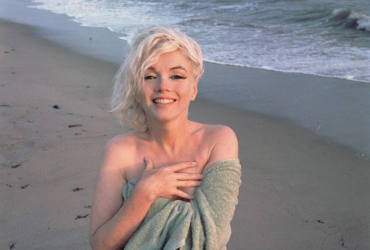