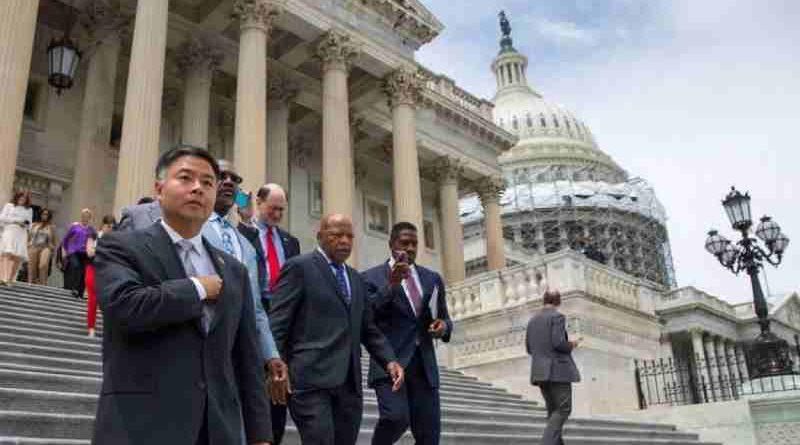 The statement follows a CRS report and a letter from the Joint Chiefs of Staff addressing questions raised by Ted Lieu about the Pentagon’s plan for military action against North Korea.

In the statement, the members write that the Joint Chiefs of Staff has now confirmed that the only way to destroy North Korea’s nuclear arsenal is through a ground invasion.

That, according to the statement, is deeply disturbing and could result in hundreds of thousands, or even millions of deaths in just the first few days of fighting.

“We have defended this nation in war and we remain committed to this country’s security. We also understand that entering into a protracted and massive ground war with North Korea would be disastrous for U.S. troops and our allies. The Joint Chiefs of Staff, it appears, agree,” the veterans said in the statement.

The statement adds that invading North Korea could result in a catastrophic loss of lives for U.S. troops and U.S. civilians in South Korea. It could kill millions of South Koreans and put troops and civilians in Guam and Japan at risk.

According to the statement, the Joint Chiefs said they have no reason to believe North Korea would resist using their stockpiles of biological and chemical weapons. It is our intent to have a full public accounting of the potential cost of war, so the American people understand the commitment we would be making as a nation if we were to pursue military action.

A nonpartisan report by the Congressional Research Service (CRS) indicates conflict on the peninsula could impact as many as 25 million people on either side of the border, including more than 100,000 U.S. citizens.

We must pursue every other option before even considering a massive ground invasion. The Administration has also failed to articulate any plans to prevent the military conflict from expanding beyond the Korean Peninsula and to manage what happens after the conflict is over. We’re still engaged in the longest war in U.S. history in Afghanistan with no end in sight, the statement added.

With that in mind, the thought of sending troops into harm’s way and expending resources on another potentially unwinnable war is chilling. The President needs to stop making provocative statements that hinder diplomatic options and put American troops further at risk, the statement suggested.

The Joint Chiefs’ assessment and the CRS report clearly demonstrate that every diplomatic and economic option must be exhausted before military options are considered. 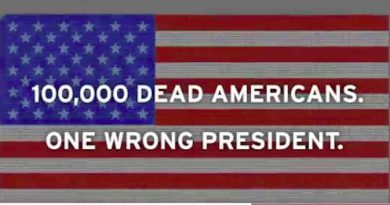