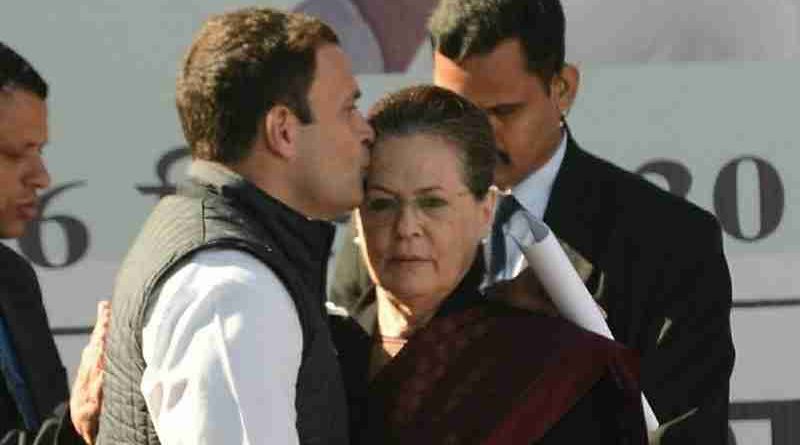 Sonia Gandhi – the former president of India’s Congress party and the mother of present Congress chief Rahul Gandhi – said today that her party is ready to have alliances with other parties to ensure that BJP is defeated in the next election (Lok Sabha election 2019) and India is restored to a democratic, inclusive, secular, tolerant, and economically progressive path.

As for myself, as Chairperson of the Congress Parliamentary Party, I will work with the Congress President and other colleagues in discussions with like-minded, political parties to ensure that in the next election, the BJP is defeated…

“As for myself, as Chairperson of the Congress Parliamentary Party, I will work with the Congress president and other colleagues in discussions with like-minded, political parties,” Mrs. Gandhi said in a series of tweets that were released by Congress Twitter account.

“We have elected a new Congress president (Rahul Gandhi) and on your behalf and on my own, I wish him all the very best. He is now my boss too—let there be no doubt about that – and I know that all of you will work with him with the same dedication, loyalty, and enthusiasm as you did with me,” said Mrs. Gandhi.

She added that Congress performed creditably under tough circumstances in Gujarat and the recent by-election results in Rajasthan were good. “This shows that the winds of change are coming,” she said.

Attacking the Modi government, Mrs. Gandhi said that in the past almost 4 years of Modi government, the institutions that are at the foundation of our democracy have come under systematic assault—Parliament itself, the judiciary, media, and civil society.

She also said that investigative agencies have been let loose against political opponents. “An all-pervasive atmosphere of fear and intimidation has been created. Liberal, secular and democratic traditions are being wantonly damaged,” Mrs. Gandhi said.

Tall claims are being made of so-called economic achievements, but the reality is quite different. Agriculture continues to be in deep distress and the desperation of farmers is sadly evident in the number of suicides, she said.

The rural economy and small and medium enterprises are in shambles. Unemployment is staring at our youth. New jobs are not only not being created, but existing jobs themselves are being lost, she said.

Mrs. Gandhi said employment cannot happen without new investments and the fact is that there has been a marked decline in the rate of investment over the past four years.

The last budget, she said, is full of sleights of hand – of jumlas — such as the oft-repeated but impossible to achieve promise to double farmer incomes in five years, and the promises of increased support prices without clarifying their basis.

The disinvestment figures have been exaggerated by including the sale of equity in one public sector company to another, a revised health insurance scheme has been passed off as new and proposed without adequate preparation or worse, budgetary support.

This government announces what it calls new programmes and initiatives ever so often, unveiling them with the flourish of a magician. In reality, they are simply recycled schemes that were launched during the past UPA government led by Congress.

True, the new names are catchy and colourful, perhaps much more so than during our time, we must admit. But this seems to be a game of Maximum Publicity, Minimum Government, or put another way, Maximum Marketing, Minimum Delivery, Mrs. Gandhi said.

If this government is to be believed, India had accomplished nothing before May 2014. The arrogance and dishonesty of this tells us that the Modi government is out of touch with reality, and lives by its own propaganda and lies, she said.

“We need no further evidence of this than the Prime Minister’s speech in the Lok Sabha yesterday (Wednesday) morning,” Mrs. Gandhi said. Instead of talking about the issues of national interests, Modi delivered a hate speech against Congress in Parliament.

As we look around us, we see a deeply troubled country and deeply troubled people. Jammu and Kashmir continues to bleed. We share the anguish of our brothers and sisters in that state. We must combat cross-border terrorism forcefully—on that there can be no compromise.

Side-by-side, we must also ask, where is the healing touch, where is the developmental thrust, where is the political engagement that was so much in evidence when Dr Manmohan Singh was Prime Minister?

The minorities feel unsafe and are being subjected to barbarous attacks. Dalits have come under renewed and widespread atrocities, as have women, she said.

“In many cases this violence, specially against minorities and dalits is not sporadic or random, but orchestrated to polarize our society for narrow political gains,” she said. “We saw this in both UP and Gujarat. We will no doubt see it again in Karnataka. Such polarization is criminal in a democracy, yet those in power look the other way.”

And what do we make of the government resorting to fictitious arguments to justify the secrecy about the price of one of India’s biggest defence purchases – the Rafael fighter aircraft?

Or its refusal to respond to wholly justified demands to satisfactorily investigate certain sensitive legal cases of far reaching political consequence, she said.

If someone can say what foreign policy this government believes it is pursuing, we would all be enlightened. Relations with some of our most important neighbours have never been as bad as they are now.

Personalized diplomacy and public bear-hugs are all very well but there is no substitute for institutionalized processes, for hard work and preparation, and for continuity in our national policies.

Friends, Mrs. Gandhi said, we have to be in a state of readiness for the national elections which are due in slightly over a year – and might well be called earlier as they were in 2004. No doubt 2014 was a severe setback, but I am convinced that it was an aberration, she said.

For this we must not only highlight the abject failures of the Modi government but more importantly, build a positive and credible narrative for ourselves on issues of public concern, she concluded. 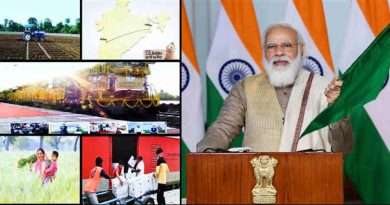 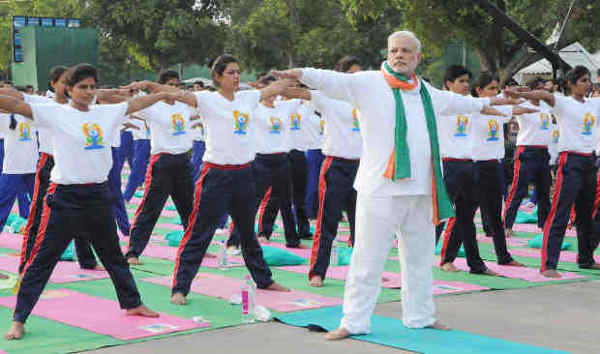