Automaker Nissan North America (NNA) has delivered Nissan LEAF, which is said to be the world’s first delivery of a Nissan LEAF all-electric vehicle (EV) for the mass market.

Olivier Chalouhi, a San Francisco Bay Area resident and the first person in the United States to place a Nissan LEAF order, took delivery of his black Nissan LEAF SL at North Bay Nissan of Petaluma. Before purchasing his Nissan LEAF, Chalouhi commuted to work on an electric bicycle.

This moment represents the first delivery of an affordable, mass-market, all-electric car since the first days of the automotive era, said Nissan Saturday, Dec. 11.

“Electricity is the new fuel for cars, and the Nissan LEAF has the potential to transform the automotive industry and the way people drive,” said Carlos Tavares, chairman, Nissan Americas.

“Starting today, drivers have the freedom to choose a future that produces zero tailpipe emissions, moves away from our dependence on fossil fuels, and represents the end of trips to the gas station. This Nissan LEAF delivery is the first of thousands and signifies the dawn of a movement that brings sustainable mobility within our grasp.”

Nissan has formed partnerships with local, regional and state governments along with utilities to foster the development of electric vehicle-friendly policies and an EV-charging infrastructure.

Sonoma County, the home of North Bay Nissan, marks among the first of such partnership agreements. The delivery of these first Nissan LEAFs also marks a milestone for The EV Project, a research and charging infrastructure deployment project funded by a grant from the U.S. Department of Energy.

The first Nissan LEAF owners in San Diego and Arizona are participants in The EV Project. AeroVironment Inc. is working with Nissan to supply and install home charging docks for Nissan LEAF customers, nationwide, including Chalouhi as well as first customers in Oregon, Seattle and Tennessee.

The initial Nissan LEAF deliveries will be followed by a second shipment of Nissan LEAF electric cars scheduled to arrive on Dec. 20 and destined for consumer driveways in time for the holidays.

Nissan is on track for a nationwide launch of the Nissan LEAF by 2012, with Hawaii and Texas next to roll out in early 2011. In order to fulfill interest and meet demand in initial launch markets, Nissan plans to reopen reservations in the first half of 2011 as well as shift timing of additional markets until the second half of 2011. 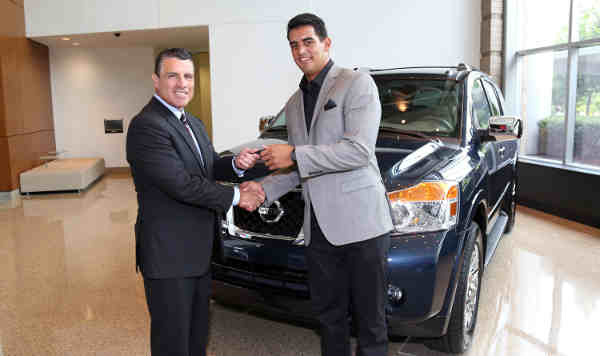 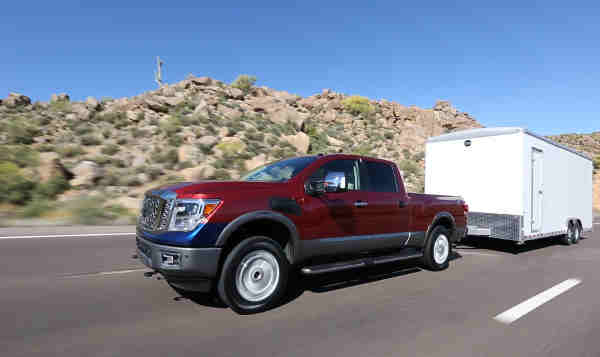 Nissan LEAF Backs into the Future

July 3, 2012 RMN News Comments Off on Nissan LEAF Backs into the Future