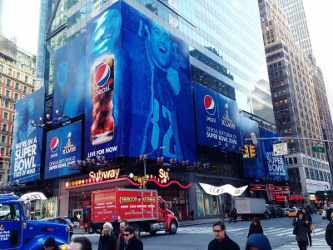 It aims to get consumers hyped for Halftime and Super Bowl XLVIII during the week leading up to The Big Game.

As the official soft drink partner of the NFL for the 12th consecutive year, Pepsi will be visible at a number of Super Bowl XLVIII activities from Jan. 29 – Feb. 1 in New York including:

Pepsi will be visible throughout New York City with digital and out of home advertising creative including billboards with rotating LED screens in Times Square, takeovers at transportation hubs including the Grand Central, Penn Station, and Times Square subway stations and a Pepsi wrapped Times Square (“S”) shuttle Train.

[ Also Read: Pepsi Invites You to Sip Like a Star ]

In addition to NYC-based out-of-home advertising, Pepsi will have a newly constructed Pepsi sculpture just less than 40 feet long that will greet fans as they enter the Pepsi gate at MetLife Stadium.

The Super Bowl represents the culmination of a season-long NFL activation for PepsiCo and its brands, which include Pepsi, Doritos, Gatorade, Quaker, and Sabra.

May 7, 2012 RMN News Comments Off on Pepsi Invites Consumers to Live for Now 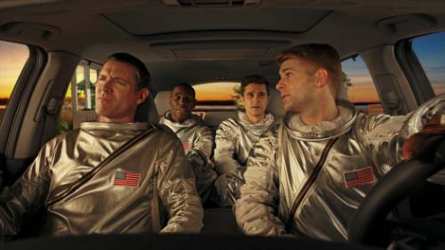 Comedians In Cars Getting Coffee with Acura

December 18, 2013 RMN News Comments Off on Comedians In Cars Getting Coffee with Acura 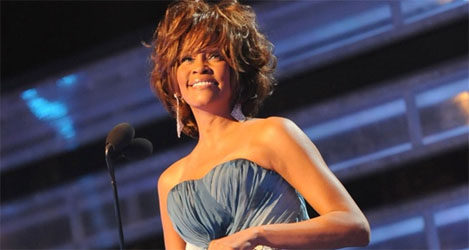