While challenging the hitherto dominance of the traditional channels, Web series are shaping up to be the next big frontier in the entertainment world.

The way things are progressing, market analysts foresee the ultimate demise of the idiot box – the TV – sooner rather than later.

The year 2013 was particularly significant for the producers of Web series, as the year saw a slew of Web-based programs that would have given nightmares to the folks at the already-struggling TV companies.

What was on display? Here’s a list of top 11 entertainment Web series that were launched during 2013.

Click the hyperlinked name of each Web series to know more about it.

Earlier during the year, the second season of the online reality program “Fit or Flop” featured a panel of celebrity and industry expert judges who challenged emergent personal trainers and fitness instructors to demonstrate why they are worthy of the crown of America’s Best Fitness Star.

Apogee Media had announced the return of the interactive fitness trainer competition Web series “Fit or Flop” on the official series website.

While “American Detours” aired exclusively online, host Jael de Pardo (Syfy Network) and co-hosts (including Jeff Glucker of Hooniverse) took viewers for a ride in some of the coolest classics across America.

Along the way, they met classic car owners who hand over their keys and let the hosts hit the open road in cherished rides, one country byway and historic two-lane highway at a time.

The series featured 10 episodes airing every other week to chronicle the gloriously mundane and offbeat adventures of pretend celebrity neighbors living together and goofing around in one giant apartment building.

Host Chriss Knight guides viewers behind-the-scenes of Audubon Zoo, Aquarium, and Butterfly Garden and Insectarium in The Real Wild Animals of New Orleans. The Web series showed viewers a backstage pass to meet the beloved animals and the staff of Audubon Nature Institute.

Gillette in association with the NFL Media group launched Gillette Deodorant’s “Built for Training” program. It is a six-installment Web series to give sports fans an inside look at some of the tough elements of NFL Training Camp through the eyes of hopeful rookies and their seasoned mentors.

Veterans from the Cincinnati Bengals, Denver Broncos and Pittsburgh Steelers each took one eager rookie under his wing to show him the ropes and test whether or not they – and Gillette Clear Gel anti-perspirant / deodorant – are built for training.

The series was launched as part of YouTube’s global “Geek Week” event. The company planned to release the episodes exclusively on YouTube in weekly installments throughout the year.

A leading source for movie, TV, and celebrity content IMDb launched the second episode of “What to Watch,” featuring the film RUSH.

In this episode, IMDb takes you behind-the-scenes on the film RUSH, including interviews with the film’s stars, Chris Hemsworth, Olivia Wilde and Daniel Bruhl, as well as discussions with director Ron Howard and screenwriter Peter Morgan. The segment also featured IMDb trivia and scenes from the film.

To mark the one year anniversary of Sandy’s landfall, Rebuilding Together released the Rebuilding after Sandy Web series to look back on what has been accomplished and to bring attention to what still needs to be done.

The Rebuilding after Sandy Web series is 19 short episodes shot over several months in NY / NJ. Two volunteers, Maria and Melanie, get to know Rebuilding Together over the course of several projects, where they meet homeowners, volunteers, elected officials, veterans, and others.

Wild Kingdom has been re-imagined as a Web series. Every Sunday evening in November, a new episode was released on WildKingdom.com and the Wild Kingdom YouTube channel.

WWE Studios and Film Roman have entered into a co-financing and co-production agreement to produce up to thirteen, three-minute webisodes of a new animated Web series entitled “CAMP WWE.” Mike Benson of Entourage and The Bernie Mac Show will script the series.

From WWE Studios and Film Roman, the animation studio behind The Simpsons and King Of The Hill, comes a new, adult comedy series about what the biggest, most outrageous WWE Superstars were like as kids.

NASA will show the public the International Space Station in new ways that will highlight all the scientific research, technology testing and even the wonder of living and working in space.

Cost of the Freedom of Expression: Death

January 12, 2015 RMN News Comments Off on Cost of the Freedom of Expression: Death 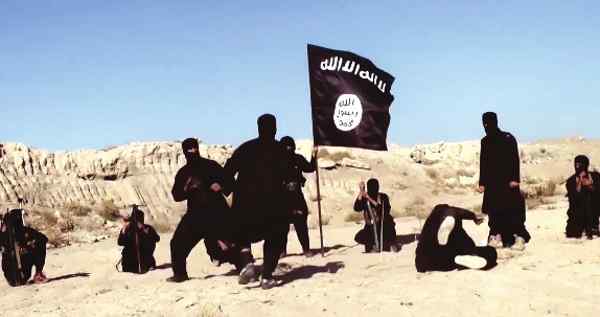