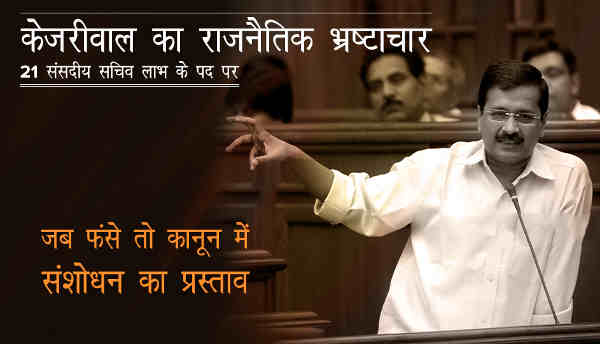 In an ongoing public poll on RMN News Service, when people were asked “Are you satisfied with the work of AAP government in Delhi?”, 79% said they are not satisfied.

After winning 67 seats in the 70-member Delhi Assembly, Delhi Chief Minister Arvind Kejriwal had to accommodate many party colleagues in positions of power.

As there is a limit to the number of Ministers, Kejriwal gave 21 MLAs the position of ‘Parliamentary Secretaries.’ This move is being termed as ‘Political Corruption’ of Kejriwal.

According to opposition party Congress, these positions are not in the statute books, so are not legal and have been deemed an ‘Office of Profit.’ As per the law, Congress says, MLAs are not allowed to hold any office of profit under the Central Government or any State / UT.

As they clamber to save themselves, it appears AAP have not bothered to read Supreme Court’s judgements which have clearly stated that ‘office of profit’ is not deemed by salary alone. It is determined by perks, which undoubtedly these 21 MLAs were enjoying under Kejriwal’s Government and at the cost of the Delhi tax-payer, says Congress.

The President of India has rejected the Bill passed by the Delhi Assembly which sought to exempt the 21 MLAs. The facade of honesty and integrity which Kejirwal and AAP have built is crumbling at the face of scrutiny, Congress said Tuesday.

This is the latest in a long line of corruption charges being levelled against AAP. Transport Minister, Gopal Rai, who was facing allegations of corruption in the Premium Bus Service scheme, has now been forced to resign from his post.

[ Is Arvind Kejriwal an Enemy of Delhi? ]

Instead of providing an explanation or accepting the precedence set by the Supreme Court, AAP has decided to take a leaf out of the BJP and Narendra Modi’s book and brazen out this scam. Thus, proving once and for all that AAP and BJP are two sides of the same coin, Congress blames.

If the 21 MLAs facing ‘Office of Profit’ charges are disqualified, fresh elections in Delhi to fill their positions are expected. As AAP’s performance has been going from bad to worse in Delhi, the opposition parties – BJP and Congress – are going to gain in Delhi.

This trend was also seen in the recent MCD (Municipal Corporation of Delhi) by-poll in which Kejriwal’s AAP could win only five of the 13 seats for which 45.9% of the 6.7 lakh voters exercised their franchise. The by-poll result was a major setback for AAP considering the fact that the party won 67 seats in the 70-member Delhi Assembly.

Meanwhile, in an ongoing public poll on RMN News Service, when people were asked “Are you satisfied with the work of AAP government in Delhi?”, 79% said they are not satisfied. And only 11% said they are satisfied while 10% could not say anything. 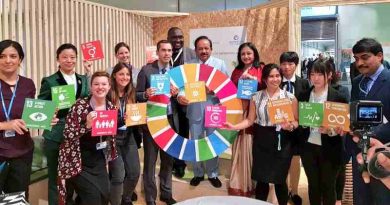 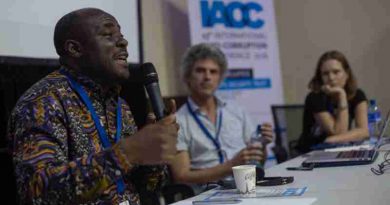