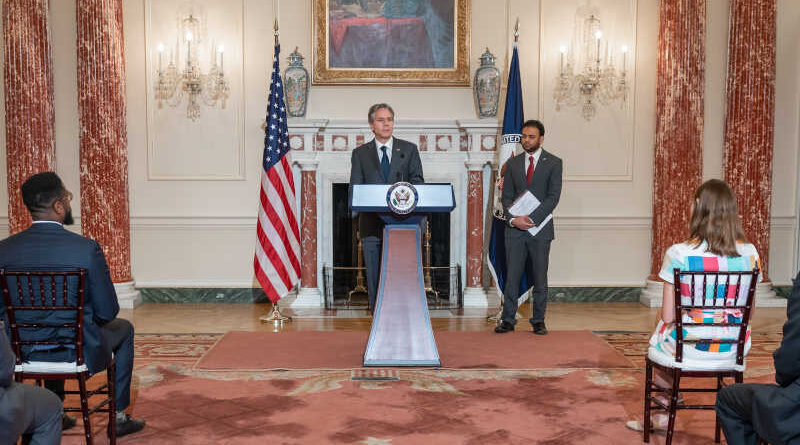 A new U.S. report has raised serious concerns over increasing attacks on Muslims and other minority communities in India ruled by an autocratic prime minister (PM) Narendra Modi.

The International Religious Freedom Report released on June 2, 2022 by the U.S. Department of State explains that the Indian Constitution provides for freedom of conscience and the right of all individuals to freely profess, practice, and propagate religion; mandates a secular state; requires the state to treat all religions impartially; and prohibits discrimination based on religion. But the authoritarian Modi government has been ignoring the Constitution to persecute non-Hindu communities – particularly Muslims.

The report – released by the U.S. Secretary of State Antony Blinken – says 10 of the 28 states have laws restricting religious conversions. Four state governments have laws imposing penalties against so-called forced religious conversions for the purpose of marriage although some state high courts have dismissed cases charged under this law.

In August last year, according to the report, two Muslim men from Jamshedpur in Jharkhand State filed a complaint against local police alleging that seven police officers sexually abused them during interrogation and used anti-Islamic slurs. According to the media, police took no action on the complaint until year’s end.

Some NGOs reported that the government failed to prevent or stop attacks on religious minorities. A faith-based NGO stated in its annual report that out of 112 complaints of violence filed by Christian victims from January to August, police filed official reports (First Information Report or FIR) in 25 cases. There were no updates on these cases by the end of the year.

Police arrested non-Hindus for making comments in the media or on social media that were considered offensive to Hindus* or Hinduism. NGOs, including faith-based organizations, continued to criticize 2020 amendments passed to the Foreign Contributions Regulation Act (FCRA) as constraining civil society by reducing the amount of foreign funding that NGOs, including religious organizations, could use for administrative purposes and adding onerous oversight and certification requirements.

*Hindus: Hoodlums who masquerade as Hindu nationalists to attack Christians, Muslims, and Sikhs with the complicity of local police. These pseudo Hindu thugs enjoy a tacit support from PM Modi and his Bharatiya Janata Party (BJP) governments in different states.

Only a miniscule fraction of real Hindus follow Modi’s dirty version of Hinduism which is being promoted under the Hindutva brand of religious fundamentalism.

According to media reports, FCRA licenses of 5,789 NGOs, including hundreds of faith-based organizations, lapsed after the Modi government said the organizations did not apply for renewal in time.

The U.S. report further states that Assam and Karnataka enacted legislation imposing strict penalties for killing cattle; 25 of 28 states now have similar restrictions. The most recent National Crime Record Bureau (NCRB) report, Crime in India for 2020, released in September, said that the violence in New Delhi in February 2020 following passage of the Citizenship Amendment Act (CAA) and National Register of Citizens (NRC) resulted from a “feeling of discrimination” among the Muslim community.

During the year, Delhi courts acquitted some of those arrested on charges related to the protests and convicted one Hindu participant. Various courts criticized the Delhi Police for inadequate investigation of the protests. The complicit police controlled by Modi’s BJP governments also ignore open genocide calls being given against Muslims in India.

The report adds that attacks on members of religious minority communities, including killings, assaults, and intimidation, occurred throughout the year. These included incidents of “cow vigilantism” against non-Hindus based on allegations of cow slaughter or trade in beef.

There were reports of vandalism against Muslim facilities during the year, including by Hindu nationalist groups damaging mosques, shops, and houses belonging to the Muslim community across Tripura State in October.

Media reports said these attacks occurred in retaliation for attacks on minority Hindus in Bangladesh during the Durga Puja festival in that country. A mob killed four Muslim men on June 20 in Tripura on suspicion of cattle smuggling.

The U.S. report says that Freedom House downgraded the country’s ranking from “free” to “partly free” during the year in part due to policies described as advancing Hindu nationalist objectives.

During the year, the USCIRF report adds, the Indian government headed by PM Modi escalated its promotion and enforcement of policies—including those promoting a Hindu-nationalist agenda—that negatively affected Muslims, Christians, Sikhs, Dalits, and other religious minorities.

However, the Biden Administration has been ignoring the repeated USCIRF recommendations to designate India as a “country of particular concern,” or CPC, for engaging in and tolerating systematic, ongoing, and egregious violations of religious freedom, as defined by the International Religious Freedom Act (IRFA).

The U.S. ignores the repressive events in India, because its main objective is to earn from the Indian markets. That is why instead of taking punitive actions against the despotic Modi government, the U.S. politicians hobnob with Modi and his accomplices in the Indian government.

The report covers government policies violating religious belief and practices of groups, religious denominations and individuals, and U.S. policies to promote religious freedom around the world. The U.S. Department of State submits the reports in accordance with the International Religious Freedom Act of 1998. 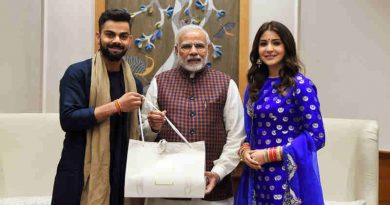 Anushka Sharma and Virat Kohli Meet PM Modi. But Why?

December 21, 2017 RMN News Comments Off on Anushka Sharma and Virat Kohli Meet PM Modi. But Why? 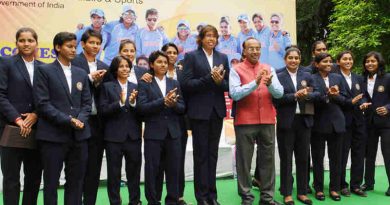