As political bosses and social activists are at daggers drawn with each other over the corruption issue, corruption has become the hottest trending topic in India. But in this ongoing melee, both sides are ignoring a powerful tool that can control corruption. It’s technology.

It’s a known fact that computer-based citizen services eliminate any form of corruption from the system because citizens don’t interact directly with the government officers who normally expect and accept bribes.

And in a huge country like India, the use of information technology (IT) is inevitable to provide good governance to the citizens. In technical parlance, this is called electronic governance or e-governance.

G2C is considered the most essential form of e-governance because it intends to help the commoners for providing them quick and trouble-free services for, say, their driving licences, ration cards, birth and death certificates, online justice, and so on.

However, e-governance is in a sorry plight in India. Leading independent agencies place India at a very low rank in terms of the country’s tech adoption status.

You will be surprised to know that the so-called tech superpower – India – lingers at a dismal 58th position in the world, according to the latest Economist Intelligence Unit’s Digital economy rankings 2010 (called “Beyond e-readiness”).

While many e-governance schemes exist on government papers, estimates suggest that e-governance plans in India have already squandered about $15 billion (about Rs. 75,000 crore) of taxpayers’ money and the result is: zilch.

Now, if the Indian governments (in the Centre and States) are really willing to use technology to give clean governance to the masses and if they are really serious to bridge the digital divide, here is a 10-point formula for them to implement e-governance in the country.

1. Development: Today, e-governance sites that are supposed to deliver citizen services are developed by the government organization, National Informatics Centre (NIC), which was set up in 1976 to encourage technology adoption by the government departments across the country.

While technology has been moving at a breakneck pace, NIC could not keep pace with the tech developments. The current tech skills level in NIC is almost nil. Result: All government sites look like posters pasted on a wall while they are supposed to be interactive.

So, NIC has lived its life. Now, this entire organization may not be required. Government can shutter it and replace it with a new team that has 360-degree skills (technology, content, communications) to handle e-governance projects.

2. Features: The e-governance systems are supposed to interact with the users (citizens). But the government sites are totally static in nature, as they use obsolete techniques of the 1990s.

Now, it is time to upgrade all the sites with Web 2.0 technologies and flawless UX design elements that ensure collaboration on the Web and encourage user participation.

3. Responsiveness: Don’t be surprised if your e-mail is repeatedly bouncing back when you tried to send it to a government department using its site. This is normal because e-governance systems are not being managed properly at the backend and the user departments are clueless about this creature.

When some components in a tech infrastructure (like e-mails in this case) are not working, the automated infrastructure management systems are supposed to send an alert back to the managers (like NIC), who must take corrective actions. But it is not happening.

And if online forms are provided, they should send an instant acknowledgement mail back to the sender using auto-responders before a human reply is sent. But the government doesn’t understand these e-governance ethics. Use of the latest backend technologies with skilful people can help overcome this difficulty.

4. Workforce: It will be foolish to expect government bosses to understand technology or anything that is modern in nature. While they are mere traditional figureheads, they continue to work like illiterates. Even top bureaucrats and technocrats work as mere purchase managers to buy those tech products about which they are clueless.

And government babus (clerks) who are supposed to respond to citizens’ queries on e-governance systems are almost illiterate – who can’t write even a single straight sentence to reply.

Even bureaucrats and ministers, who flaunt their e-mail ids on sites, hardly respond to public requests. Why do you display your e-mails openly if you have to shamelessly ignore public mails and, thus, insult the people who want to interact with you? Is this e-governance or inhumanity?

So, you can’t expect such brash workers to deliver positive results. There is a need to hire some international HR company that could train these employees on communications. It will still be better to hire new workforce with adequate communication skills and zeal to be responsive. Ministers and bureaucrats, who don’t have manners to deal with public, must be booted out. Or buy advanced robots to handle e-governance.

5. Mindset: Although it will be easier to conquer the Mount Everest than to change the stubborn mindset of the Indian bureaucrats (while almost all politicians are dumb), still it can be tried. How?

The government should have some rule to punish the government officers who are still working with colonial mindset and expect citizens to come, stand in queues, meet them like slaves for getting their work done. The whole purpose of e-governance gets defeated if the officials prefer physical interaction, which always encourages corruption.

Plus, to change their mindsets, all government executives – top to bottom – must be asked to adopt an open-office environment like some banks have done. They should not be allowed to sit in isolated rooms that promote inefficiency.

6. Reach: As most people in India are uneducated, they may not be able to use computerized systems. However, e-governance services are equally important for them. While iconic interfaces can be helpful, government can also introduce some innovative models to take the e-governance benefits to the uneducated in rural as well as urban areas.

For this, government can help educated entrepreneurs create private e-governance booths on the lines of STD booths where uneducated people can go and register their requirements.

7. Community: Today’s online properties are supposed to engage users. With collaborative Web features and participation incentives, e-governance interfaces must encourage public to use them.

Similarly, the tech managers can use social media sites to create and manage different online communities to ensure their regular engagement with e-governance sites. This is a highly technical field and requires high-end professional skills that are rare in our country. A systematic, training-based approach can help.

8. Pilot Projects: In their current form, almost all e-governance systems are utterly useless, though they would have managed to get some commercially influenced awards from here and there.

So, there is a need to completely rebuild the e-governance service delivery infrastructure. However, it may not be feasible to begin at a gigantic scale. Government can select about a dozen villages and cities to implement the new-generation e-governance systems as pilot projects.

These selected areas will be totally connected to provide at-home services to the residents. You can call them as Cyber Villages and Cyber Towns.

After successfully implementing the e-governance systems in these pilot projects, it will be easier to quickly replicate these models across the country.

9. Impact: All e-governance exercise will go futile if you are not able to measure its impact empirically. While the current Web technologies provide good tools to measure the amount of interaction with Web properties, there are other hybrid (manual and automated) systems that can help you measure the impact and benefits of e-governance for people at large.

For example, you can always know the number of complaints received through online and physical channels, and proactively take measures to reduce the physical interaction. Similarly, you can know whether or not a particular department is handling e-governance systems effectively by using the online analytics. You can even impose penalties on inefficient workers by using the measurable data.

10. Organizational Structure: Currently, there are many overlaps between the government departments to implement e-governance. For example, the roles of NIC and the e-governance wing of the DIT (Department of Information Technology) are not clearly defined.

And actually you don’t need so many departments and workers. Even a dozen good people in a core implementation group can handle the e-governance requirements of the entire country.

In the current structure, it’s estimated that 9 out of every 10 government employees working on e-governance projects are surplus. They can be asked to go to save public money.

While it is a known fact that bureaucrats make even a working system totally inefficient, they should be replaced by professionally qualified project managers who know how to work on shoestring budgets and ensure flawless service delivery in the current always-on environment.

So, there is an immediate need to create a totally new organizational structure, which is lean and efficient.

These steps can help the Indian government use technology effectively for the benefit of citizens in our country – and, more importantly, to build a corruption-free society. Will it be done? 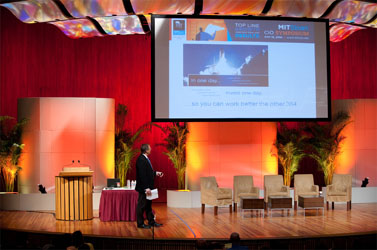 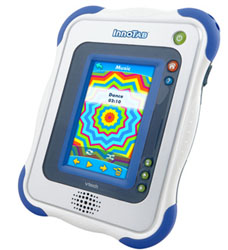 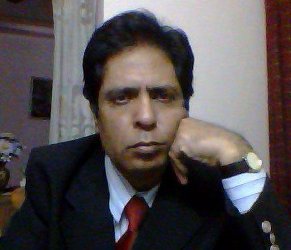