Facebook has gone berserk. I believe. And there is a strong reason behind this belief. Two years ago when I started using the online social hangout, I was under the impression that I will make some good friends and a possible family through it, as Facebook is positioned to ensure social connections. But now I realize that I could neither get any friend here nor any family.

Today, I have more than 4,000 links (Facebook calls them Friends) in my network. But we are not friends, as we never interact with each other. They keep staring at me sitting on right and left of my screen, and I keep staring at them – hours at a stretch. As a social media site, Facebook has many glitches that don’t encourage social connections.

But my biggest problem has come just a few days ago when Facebook decided to deface itself in the name of offering user experience (UX) changes. Now, it has become a nightmare to stay on Facebook.

While all the bells and whistles that it has added are extremely repulsive, it appears that people at Facebook don’t understand even the fundamentals of online UX, which is a combination of interface design, navigation, content structuring, etc.

While most digital media companies are clueless on the UX concept, it’s supposed to give a smooth experience to users of online services. So, what went wrong with Facebook?

Here are seven UX flaws that Facebook needs to fix:

1. Chat Section: Now, two groups of people appear under the chat boxes: a 20-user box on the left of the screen and a vertical right box. As a user, I am totally clueless about the difference between these two groups of people. On what basis Facebook decides to put them on my left and right?

Some of them appear with a green bullet mark, others without it. If people in the latter category are inactive, then what’s the point in pasting their faces in the chat boxes? It makes the interface stale.

Normally, the selection of Top Stories is supposed to be based on some transparent analytics (like the number of clicks on the link, number of Likes, or the number of Top story selections) clearly displayed under the respective stories.

Facebook deliberately hides this fact, presumably because there is hardly any interaction among users. And what’s the definition of ‘Recent?’ It’s totally random without following any UX standards.

3. Activity Stream: Now, an activity stream on everything that my ‘Friends’ do is always running on the top right of my screen. It’s so disturbing that I can’t concentrate on the posts that appear in the middle column or on my own work.

And even an accidental mouseover on this running stream throws up a big box that blocks the display on the left – covering even part of the middle column. And why should I be interested in a running chronicle of updates that keeps disturbing me on the right of my monitor above the dumb vertical chat box?

Facebook must know it’s considered a sin in online services when you put something on the screen that keeps moving or jumping without giving the option to the user to stop or remove it from the screen.

And if by chance one of these pictures appears as a top story, it keeps hanging there for indefinite period of time – whether you like it or not. Why can’t bigger pictures be kept in the slideshow at the back – as in the case of other ‘Photos’ that users add in their profile?

5. Interactions: Those who are always eager to send birthday wishes to others are going to have a tough time now. Facebook has removed the ‘Birthdays’ label and has put an insect-like icon there with just one user name – first in the alphabetic list, perhaps.

Here a big mistake is that it has not put the word ‘Birthdays’ – not even as alternate mouseover text, which is usually put for pictures. There is a high probability that users will miss this tiny mention about birthdays.

6. Search Option: Search continues to be horrible on Facebook. For example, Facebook won’t allow me to search for women who are single in my city or in the city where I am planning to go. Cruel Facebook.

And when I get the results of my people search, there is no clear distinction that could tell me whether or not those people are in my network.

7. On the Wall: The confusion persists when I go inside on my Facebook Wall. It shows me a counter of more than 4,000 ‘Friends.’

However, it shows the faces of only 10 of them in the left column. Who are these 10 privileged friends? Facebook never tells me that. Why?

These are only some of the UX areas on which Facebook needs to work quickly for ensuring a painless stay for the users who spend days and nights on the network.

If you want to know more about Facebook, just visit the following links: 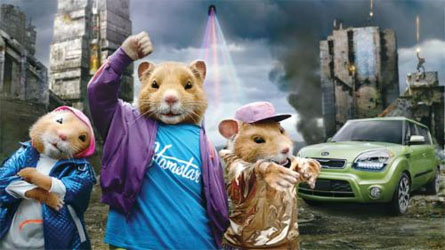 Kia Ad to Share Some Soul on MTV Show

August 27, 2011 RMN News Comments Off on Kia Ad to Share Some Soul on MTV Show

October 16, 2011 RMN News Comments Off on Articles by the RMN Editor, Rakesh Raman 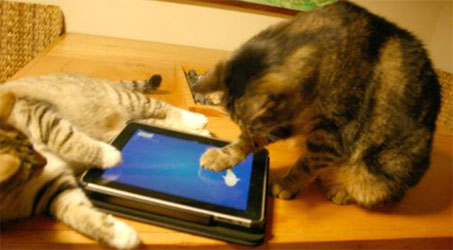 One thought on “Seven Serious UX Flaws on Facebook”