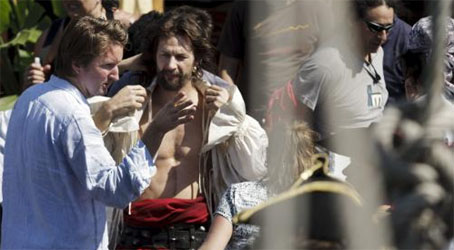 Academy Award-winning director Tom Hooper helps showcase a new side of the storied rum brand. For the first time in Captain Morgan’s nearly 60-year history, the brand has launched a new advertising campaign that takes its inspiration from the real-life privateer and rum icon, Captain Henry Morgan.

In advance of the national television debut in early June, the first “To Life, Love and Loot” commercial, entitled “DIVE,” was unveiled exclusively to fans in attendance at 14 parties celebrating the Captain’s birthday, and can now be viewed on the CaptainMorganUSA Facebook page and YouTube channel.

Hooper, who was honored with the Academy Award for Achievement in Directing (Best Director) at the 2011 Oscars for The King’s Speech, is world-renowned for his riveting period pieces — one of the many reasons Captain Morgan engaged him to lead the new campaign.

“In paying homage to Captain Henry Morgan in our marketing efforts for the first time, we took great care to ensure that his portrayal of the time period was as authentic as possible,” said Tom Herbst, brand director, Captain Morgan USA.

“When viewers see the spots from ‘To Life, Love and Loot,’ they will be struck by the richness and detail that only Tom Hooper can bring to life.”

[ Also Read: Hugh Grant in The Pirates! Band of Misfits ]

Set in the mid-1600’s, the campaign tells an interpretive, witty narrative about a great leader who fearlessly protected his crew and had the ability to gracefully navigate whatever life threw his way.

The first spot, “DIVE,” showcases Captain Morgan and his unique prowess in diffusing a potentially violent situation when his crew is surprised by an enemy ship. To everyone’s amazement, the Captain prevents an inevitable attack by executing a picture-perfect dive from his ship into the sea below, protecting his crew and ultimately transforming enemies into friends.

Created by Anomaly, the “To Life, Love and Loot” spots will air in general brand rotation throughout the summer on top sports and entertainment outlets, including ESPN, TBS and TNT.

Diageo (Dee-AH-Gee-O) is the world’s leading premium drinks business with a collection of beverage alcohol brands across spirits, beer and wine. 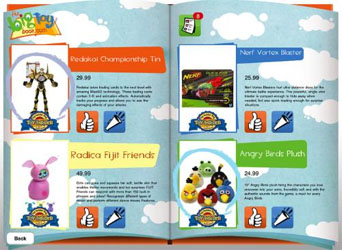 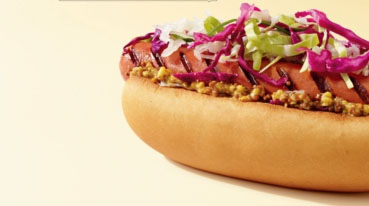