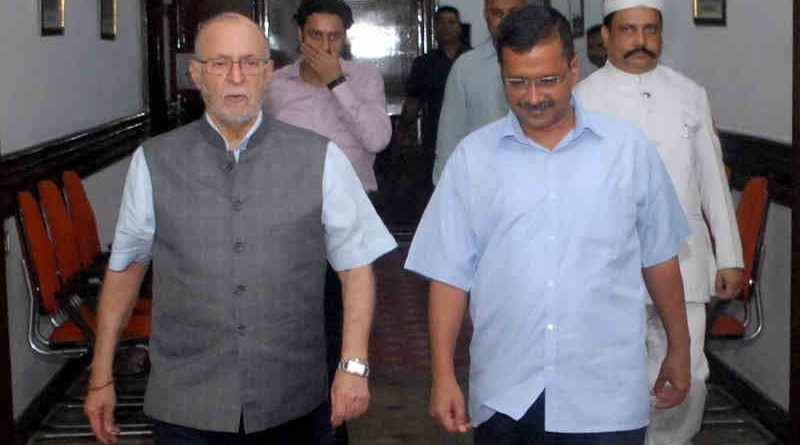 I sent the following letter to the rulers of Delhi, but they are so corrupt that they did not take any action to remove corruption from their system.

Response from Delhi Government: On March 3, 2022, the Delhi CM office informed me that my complaint has been sent to Mr. Kailash Gahlot, the Transport & Environment minister of Delhi Government. And the next day, March 4, Mr. Kailash Gahlot’s office sent my complaint to Delhi’s Deputy CM, Delhi Police Commissioner, DDA, and a number of other offices. Instead of taking decisive action to catch and punish the culprits, they kept throwing my representation from one office to another. It shows the carelessness with which the Delhi Government works.

I am a citizen of Delhi. I am sending you this representation to inform you that your Delhi Government is running the online Public Grievance Monitoring System (PGMS) in a totally fraudulent manner to deceive innocent citizens who need the government help to get their problems resolved.

Although the similar Listening Post service of the Lt. Governor (LG) of Delhi is equally bad, here I will focus on the PGMS of Delhi Government. As a journalist and social activist, I have filed dozens of complaints on the PGMS during the past few years. While none of my complaints was resolved, the corrupt Delhi Government officials closed all the cases arbitrarily.

In order to highlight the increasing deception on PGMS, in October 2021, I decided to consolidate my multiple complaints and remarks under a single case. Under Grievance No. XXXXXXXXXX dated XX.XX.2021, I filed a 64-page complaint including case details, exhibits, video links, and photographs.

As this complaint was against a citywide crime and corruption racket being run by at least 20 top bureaucrats, police officials, members of judiciary, builders’ mafia, and a number of local criminals, I addressed it to Mr. Anil Baijal, Lt. Governor Delhi, who is also the Chairman of Delhi Development Authority (DDA), and Mr. Arvind Kejriwal, Chief Minister, Delhi Government.

While the corrupt and careless officials of Delhi Government were disposing of my complaint arbitrarily without even reading it, I added 22 remarks and 10 additional documents during October 14, 2021 to March 2, 2022 to highlight crime and corruption in this citywide scandal.

You can click here to download and read the PGMS acknowledgement (for Grievance No. XXXXXXXXXX dated XX.XX.2021) along with my remarks and additional documents that I added during October XX, 2021 to March 2, 2022. Alas, my complaints have still not been addressed or resolved.

The blatant dereliction of duty by government officials in this case shows that corruption is rampant in Delhi Government and Delhi has, in fact, become the corruption capital of India. Although corruption has become the lifeblood of top officials and junior functionaries in Delhi, it is highly unfortunate to note that as the CM and the LG of Delhi you are not taking any steps to stop corruption and punish the corrupt officials.

You can know from the case cited above that almost all the Delhi Government departments are being run by corrupt officials. Since these corrupt officials are not being held accountable and jailed, they believe that corruption is their fundamental right.

However, the junior as well as the senior officials of Delhi Development Authority (DDA) and the Registrar Cooperative Societies (RCS) of Delhi Government have crossed all limits of crime and corruption. Evidently after taking bribes, they break all types of laws and regulations with full impunity and without any fear of punishment.

The names of some of the officials who have blatantly violated the laws in the above-stated case are given below with my appeal to suspend their services immediately and begin prosecution against them.

1. Get this entire case available under PGMS Grievance No. XXXXXXXXXX dated XX.XX.2021 reopened and investigated through an honest coordinating officer with whom I could interact on a regular basis. Give me the name, designation, and contact details of this coordinating officer.

2. Suspend the services of the officials whose names are given above and start a formal investigation and prosecution process against them to know the circumstances under which they neglected their official responsibilities to dispose of the above mentioned PGMS case carelessly. Their superiors as well as subordinates may also be involved in this citywide scandal.

3. Prosecute these officials under the Prevention of Corruption Act (PC Act) and other provisions of IPC to know their links with builders’ mafia and local criminals whom they have been trying to protect unscrupulously.

5. Allow me to participate in the investigation hearings with the accused officials named above so that I could argue the case, leading to their prosecution and conviction.

7. Do not forward this complaint in a mechanical manner to other officials. Rather, write your instructions clearly to get their response in a time-bound manner. Also, copy all your email interactions to me in order to keep the process transparent.

8. Revamp the online PGMS system entirely instead of running it in a fraudulent manner. I can help you redesign and redevelop the PGMS as well as the Listening Post service.

This case of citywide crime and corruption in Delhi is also being investigated by the Ministry of Home Affairs (MHA), Government of India. At least 20 top bureaucrats, police officials, members of judiciary, builders’ mafia, and a number of local criminals are involved in this case.

The names of some of the accused officials in this MHA case are given below:

With these details, you are requested to get this entire case reopened and prosecuted as described above.

[ As the case is under investigation, some references and links have been removed from the above report. ] 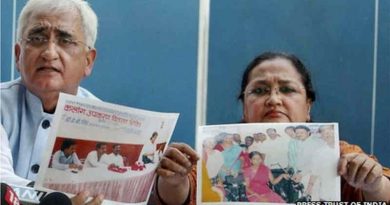 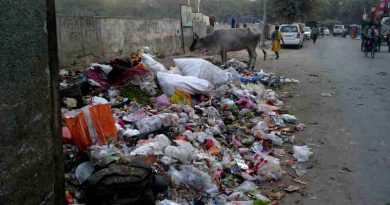 After Protests, Over 1 Million Trees to be Planted in Delhi

June 29, 2018 RMN News Comments Off on After Protests, Over 1 Million Trees to be Planted in Delhi