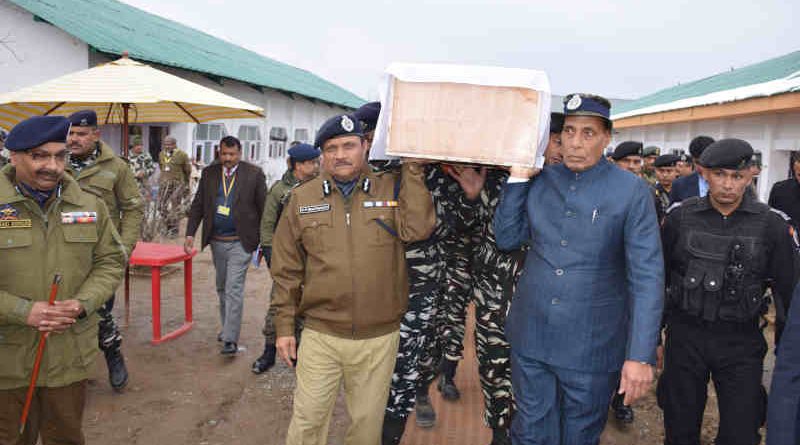 A lapdog TV anchor Arnab Goswami who is supported by PM Narendra Modi’s government in India has been accused of treason for publicly sharing sensitive information related to national security.

Mumbai Police has released the transcripts of a scandalous WhatsApp conversation between Goswami and a former head of BARC (Broadcast Audience Research Council) Partho Dasgupta related to a Television Rating Point (TRP) scam in which the Republic TV editor Goswami is an accused.

In the same chat, Goswami claimed that he had prior information of India’s airstrikes on Pakistan’s Balakot region on February 26, 2019 in response to the Pulwama terror attack.

Although the Modi government claimed that Pakistan was behind Pulwama incident, many believed that it was a stage-managed attack planned by Modi’s party to take political advantage in the 2019 Lok Sabha election.

This fact was allegedly discussed by Goswami and Dasgupta in their WhatsApp chat to celebrate the Pulwama attack as it helped Goswami’s TV channel to get better TRP and it would help Modi win the Lok Sabha election of 2019.

Although 40 Central Reserve Police Force (CRPF) personnel of India were killed in the Pulwama terror attack, Modi and Goswami leveraged the deaths of Indian soldiers to win election and TV ratings, respectively.

As this information about airstrikes and Pulwama attack was supposed be handled secretly, it is alleged that the top functionaries of the Modi government – or Modi himself – shared it with the TV anchor.

In a press conference on Tuesday (January 19), Congress president Rahul Gandhi said that in all probability the information was leaked by Modi and therefore both Modi and Goswami must be jailed for this anti-national act.

Referring to Goswami’s WhatsApp chat, a Congress leader A. K. Antony said on Wednesday (January 20) that leaking of official secret of military operations is treason and those involved must be punished. But both Rahul Gandhi and Antony could not explain how Modi and Goswami will be punished or jailed. Weak Indian courts and spineless law-enforcement officials cannot dare to question them.

In response, however, Goswami said that he will sue Congress party and take legal action against it in the courts of law. “I have decided to sue the Congress party, take strong legal action against their lies, and expose them in the courts of law. People of India: Join hands with Republic as we fight this political conspiracy with all our strength. The truth is on our side,” he tweeted on January 20 through his official Republic Media Network account.

It was a rhetorical statement, as Goswami could not explain how his WhatsApp chat released as part of the supplementary chargesheet filed by Mumbai Police is a lie. In other words, Goswami did not challenge the veracity of his obnoxious WhatsApp chat content.

Goswami – who is part of a lapdog media clique (a.k.a. Godi Media) supported by Modi’s party BJP – mischievously amplifies the narrative of Hindu-Muslim hatred spread by BJP leaders on his TV shows under the Republic TV banner.

He was arrested from his house in November last year by Mumbai Police in an abetment to suicide case but was released after a few days when BJP ministers started speaking against the arrest. 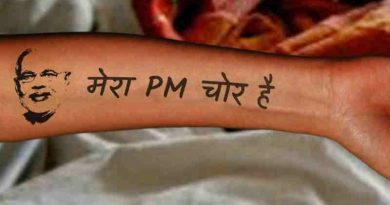 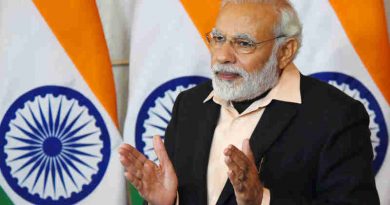