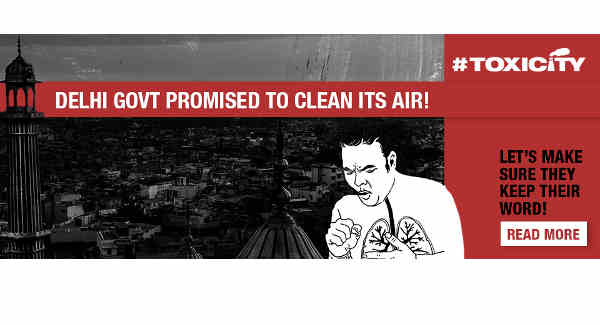 Delhi pollution claims more than 25 lives every day and this number is increasing at an alarming rate.

“Delhi deserves clean air!” This is the title of an online petition that Greenpeace India, an environment protection organization, has started on its site.

It asks the locals to sign the petition which is addressed to the Delhi government, controlled by a group that belongs to the political outfit called Aam Aadmi Party (AAP).

The petition screams: “Sign to take urgent action on Delhi’s polluted air!” But is India’s capital New Delhi so polluted that it requires a joint action by the people to goad the government for taking remedial measures?

Yes. According to a 2014 WHO study which measured the outdoor Ambient Air Pollution (AAP) of 1,600 cities in 91 countries, Delhi is the most polluted city in the world.

It is also estimated that 10,000 local people die prematurely in a year because of air pollution in Delhi. In other words, the city pollution claims more than 25 lives every day and this number is increasing at an alarming rate. In comparison, only five people die in road accidents on average in a day in Delhi.

As pollution is spreading like poison in every corner of the city, Greenpeace warns that its fatal effect is now targeting children. Greenpeace says that “Delhi has more than 3.5 million school-going children in the 6-14 year age group; all of whom are subjected to heavy doses of pollution while at school and otherwise.”

In a shocking observation, according to Greenpeace India, air pollution levels monitored in 5 schools across the city were found to be several times the safety limits.

With the help of online signatures that Greenpeace is collecting on its petition, it urges the Delhi government to protect children from toxic air.

The petition asks Satyender Jain, recently appointed Health Minister for Delhi, to issue a health advisory to protect Delhi’s children on highly polluted days. Will he? 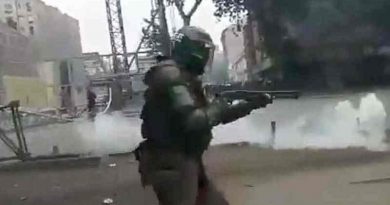 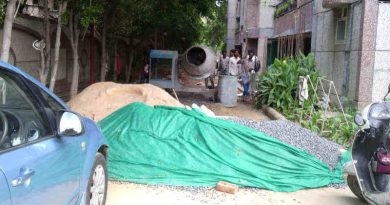 September 1, 2019 RMN News Comments Off on S-Gang of Sampathkumar Aims to Illegally Grab Properties in Delhi