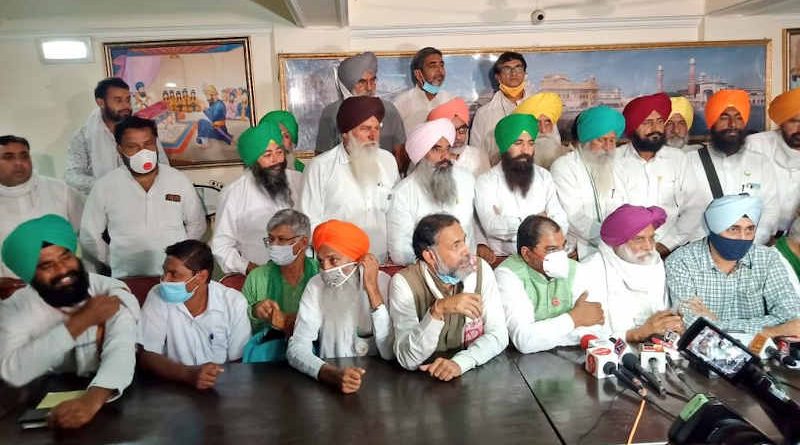 NFU says it envisions a world in which farm families and their communities are respected, valued, and enjoy economic prosperity and social justice.

The National Farmers Union (NFU), which advocates on behalf of nearly 200,000 American farm families and their communities, has supported the Indian farmers’ agitation which is happening around New Delhi.

“For three months, hundreds of thousands of Indian farmers have been protesting policies that will eliminate commodity price floors and allow corporations to play a more significant role in the food system ­– issues that are all too familiar to farmers in the United States,” NFU said in a statement.

Following a wave of similar deregulatory actions in the 1970s and 1980s, large agribusinesses quickly amassed control of the American food chain while farmers and consumers were stripped of much of their power and protections.

The Indian farmers began their agitation in November 2020 against the three farm laws introduced by the government of Prime Minister (PM) Narendra Modi. The farmers also demand a minimum support price (MSP) on all their crops across the country.

Rather, the Modi government has unleashed brutal state power to crush farmers’ protests and the government is implicating farmers and their supporters in false criminal cases and sending them to jails where the innocent protesters have to live in torturous conditions.

The complicit Indian courts are ignoring the sorry plight of protesters and supporting the policemen who act like gangs of criminals to beat and harass the protesters including women and senior citizens.

As a result of the crackdown on farmers, many protesting farmers who were camping around Delhi have started going back to their homes in Punjab, a state which has been spearheading the movement for the past about 6 months. The Sanyukt Kisan Morcha (Joint Farmers Front) which is leading farm protests in India has also failed to meet its objectives.

Now the protest has gone directionless and it has become almost impossible for the protesters to get their demands accepted by the Indian government. [ Click here to watch videos related to farm agitation. ]

Although NFU and other international political groups are issuing casual statements in favor of Indian farmers, such statements cannot influence the Modi government which is hell-bent to impose its despotic decisions on Indians.

A fierce opponent of unchecked corporate power, NFU said it “seeks to promote and advance family farm agriculture, not only in the United States but around the globe.” In accordance with that goal, the NFU Board of Directors voiced its support for the protests:

“Our fellow farmers in India are fighting against measures that would shift authority over the agricultural industry towards corporations as well as weaken policies that sustain farmers and their communities. If our experience here in the United States is any indication, they are right to be concerned,” NFU said while comparing the policies of the two countries.

Over the past several decades, according to NFU, policymakers have weakened price supports for American farmers, resulting in a never-ending cycle of overproduction and low prices that has pushed tens of thousands of small- and mid-sized farms out of business.

Meanwhile, lax antitrust enforcement and deregulation has enabled the near total corporatization of the food system, with dire consequences for farmers and consumers. “We all have suffered fewer choices, less innovation, unfair prices, manipulative business practices, and greater vulnerability to disruption,” NFU said.

“We have learned the hard way that fair prices and farmer sovereignty are the bedrock of flourishing rural communities and an equitable food system – in the United States and everywhere else. As the National Farmers Union works to secure these basic rights for American farmers, we stand in solidarity with Indian farmers as they do the same,” NFU added in its statement.

NFU says it envisions a world in which farm families and their communities are respected, valued, and enjoy economic prosperity and social justice. 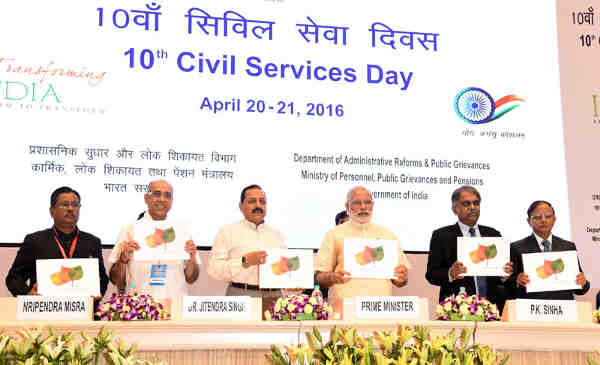 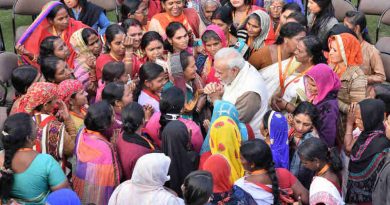