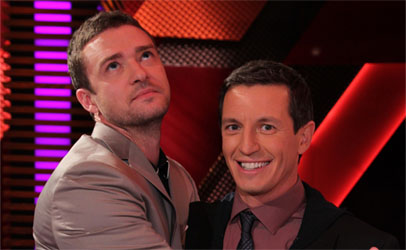 “StandUp in Stilettos” begins casting immediately with production slated for late-April and will premiere on TV Guide Network on Saturday, June 16 at 10:00 p.m. ET/PT. “Rove LA” will premiere in the U.S. exclusively on TV Guide Network on Saturday, July 21 at 10:00 p.m. ET/PT. The show currently airs on Australia’s cable channel FOX8.

“We are continuing to invest in original series and exclusive programming that will draw entertainment fans closer to their favorite stars,” said Allen Shapiro, chairman of TV Guide Network. “‘StandUp in Stilettos’ and ‘Rove LA’ will offer viewers fresh comedy programming with some of the best-known celebrities in Hollywood today, as well as up-and-coming talent.”

“StandUp in Stilettos” will include 10 original half-hour episodes featuring familiar faces and rising stars on the comedy circuit today. Hosted by Kate Flannery, each show will include three stand-up comediennes whose acts feature material for, by and about women.

TV Guide Network will also air 13 all-new episodes of “Rove LA” which will begin taping in September. “Rove LA” is produced by Roving Enterprises and Avalon Television for FOX8.

TV Guide Network, TVGuide.com and the TV Guide brand are owned by Lionsgate (NYSE: LGF), a leading next-generation studio, and One Equity Partners, the private equity arm of JPMorgan Chase. 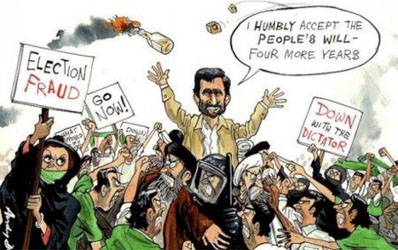 March 28, 2012 RMN News Comments Off on Iran… Laugh While You Still Can on Facebook