In the past over 3 years of PM Narendra Modi’s government in India, the country has suffered a major setback from which it will be almost impossible to recover.

In his upcoming Asia tour, the U.S. President Donald Trump will travel to Japan, the Republic of Korea, China, Vietnam, the Philippines, and Hawaii, from November 3-14, 2017.

However, Trump will not visit India which claims to be a major force in the Asian region. It is largely believed that Trump has scant respect for the Prime Minister (PM) of India Narendra Modi and his government.

As Trump has been quite vocal about the the socialist Maduro (Nicolás Maduro Moros) regime in Venezuela, which has brought a once thriving nation to the brink of total collapse, India – under 3 years of Modi government – has come in the category of Venezuela.

Last month, in his remarks at the 72nd Session of the United Nations General Assembly (UNGA), Trump said America has imposed tough, calibrated sanctions on the Maduro regime in Venezuela.

Using the yardstick that Trump used to impose sanctions on Venezuela, India also deserves the same treatment because Modi’s regime has brought India to a brink of disaster.

Trump said, Maduro has defied his own people in Venezuela, stealing power from their elected representatives to preserve his disastrous rule.

Moreover, people in India are starving. The global hunger index (GHI) report released in October 2017 by Washington-based International Food Policy Research Institute (IFPRI) has placed India at No. 100 among 119 developing countries. India’s 2017 GHI score is at the high end of the serious category.

Starting to develop a much better relationship with Pakistan and its leaders. I want to thank them for their cooperation on many fronts.

It is observed that Trump is satisfied with Pakistan’s resolve to fight terrorism. Moreover, while corruption is at its peak in India under Modi’s rule, Pakistan PM Nawaz Sharif resigned from his post when Pakistan’s Supreme Court disqualified him over corruption charges against his family members.

Trump praises Pakistan for many other reasons. For example, in a sharp contrast to the plight of Indian media which is tightly under Modi government’s autocratic control, Pakistan is taking multiple steps to ensure press freedom in the country.

Of late, a former Indian minister and ruling party BJP’s (Bharatiya Janata Party of Modi) leader Yashwant Sinha said that his party has “lost the moral high ground” due to an alleged corruption scandal involving Jay Amit Shah, the son of BJP chief Amit Shah who is a friend of Modi.

In an interview with a local TV channel NDTV, Sinha also said the defamation case that Jay Amit Shah has decided to file against news site The Wire (that reported about the Shah case) is an attempt by the BJP to “suppress the voice of the media.”

Obviously, Trump – like many other global leaders – will avoid India because of Modi government’s continuous attempts to destroy the democratic fabric of the country.

According to a White House communique released Monday, Trump travel will underscore his commitment to longstanding United States alliances and partnerships, and reaffirm United States leadership in promoting a free and open Indo-Pacific region.

On November 3, Trump will visit Hawaii and receive a briefing from the U.S. Pacific Command. He will visit Pearl Harbor and the USS ARIZONA Memorial.

He will commence his visit to Asia beginning with Japan on November 5. While in Japan, President Trump will meet with American and Japanese service members, and participate in bilateral meetings with Prime Minister Shinzo Abe, who will also host the President for a meeting with the families of Japanese citizens abducted by the North Korean regime.

During his visit to the Republic of Korea on November 7, Trump will participate in a bilateral meeting with President Moon Jae-in and visit American and South Korean service members.

He will speak at the National Assembly, where he will celebrate the enduring alliance and friendship between the United States and the Republic of Korea, and call on the international community to join together in maximizing pressure on North Korea.

On November 8, President Trump will arrive in Beijing, China for a series of bilateral, commercial, and cultural events, including meetings with President Xi Jinping.

He will travel to Danang, Vietnam, on November 10. There, he will participate in the Asia-Pacific Economic Cooperation (APEC) Economic Leaders’ Meeting and deliver a speech at the APEC CEO Summit.

President Trump will arrive in Manila, Philippines, on November 12 to participate in the Special Gala Celebration Dinner for the 50th Anniversary of the Association of Southeast Asian Nations (ASEAN).

On November 13, he will celebrate the 40th anniversary of U.S.-ASEAN relations at the U.S.-ASEAN Summit and participate in bilateral meetings with President Rodrigo Duterte of the Philippines and other leaders. 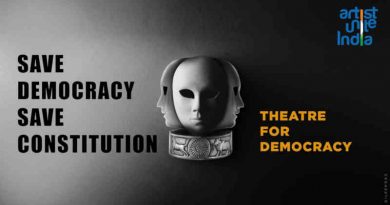 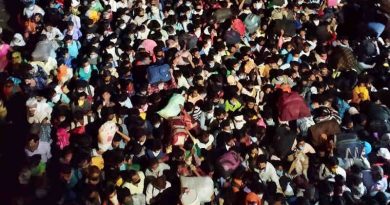