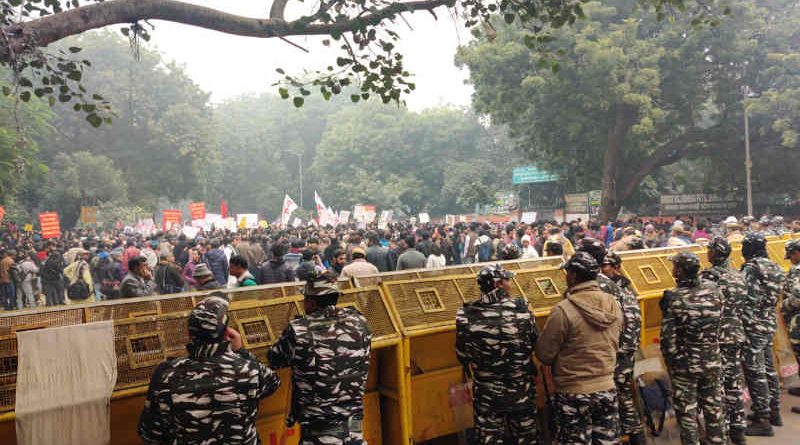 The Supreme Court has deferred the hearing on the Shaheen Bagh case to March 23 for allowing normalcy to return to Delhi.

The Supreme Court today censured Delhi Police for ongoing violence in Delhi where more than 20 people have been murdered and hundreds of others have received serious injuries including bullet wounds during the past couple of days.

While hearing the petition on violence, Justice KM Joseph blamed the local police for lack of professionalism, saying it was a malaise across the country that police waited for orders before taking action to control the situation.

Pro-government rioters have gone on rampage in the Hindu-Muslim riots that began in India’s capital New Delhi on Sunday. As usual, the Delhi Police did not take any action to save the victims, most of whom are Muslims.

The ongoing riots are similar to the Gujarat riots of 2002 that happened when Narendra Modi (who is now Prime Minister of India) was the Chief Minister (CM) of Gujarat state.

Today, Justice Joseph and Justice Sanjay Kishan Kaul observed that the clashes in Delhi are unfortunate and expressed distress over the violence.

Both judges called for implementation of the Prakash Singh ruling in which the top court had called for protecting the police from political interference. This decision is significant because it is largely believed that the ongoing riots in Delhi are happening under the surreptitious directions of Modi and Home Minister Amit Shah.

Meanwhile, the Supreme Court has deferred the hearing on the Shaheen Bagh case to March 23 for allowing normalcy to return to Delhi. The top court had appointed interlocutors — senior advocates Sanjay Hedge, Sadhana Ramachandran, and former bureaucrat Wajahat Habibullah — to talk to the protesters on clearing the road and protesting at an alternate site. The protesters have refused to accept this advice.

Thousands of people, mostly Muslim women, have been staging a sit-in protest at Delhi’s Shaheen Bagh area for the past over 2 months against the Citizenship Amendment Act (CAA) and the proposed National Register of Citizens (NRC).

Since police seems to be complicit in the violence taking place in Delhi, Delhi CM Arvind Kejriwal – who is showing his helplessness in stopping the violence – has urged the authorities to impose curfew in the city and allow army to handle the worsening situation. Instead of going to the violence-hit areas to meet and console people, Kejriwal is only writing some useless tweets.

Similarly, Congress – which has lost relevance in Indian politics and already facing extinction – is issuing meaningless statements about the violence. But Congress is also not offering any solution to stop the increasing riots in Delhi or other parts of the country.

While BJP is spreading violence and police failed to act, Congress and Kejriwal’s Aam Aadmi Party (AAP) should deploy their own teams of fully equipped volunteers in different parts of Delhi to face the rioters and protect innocent people. 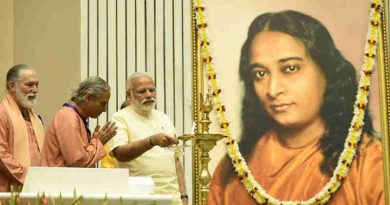 March 7, 2017 RMN News Comments Off on India’s Spirituality Is Its Strength: Narendra Modi 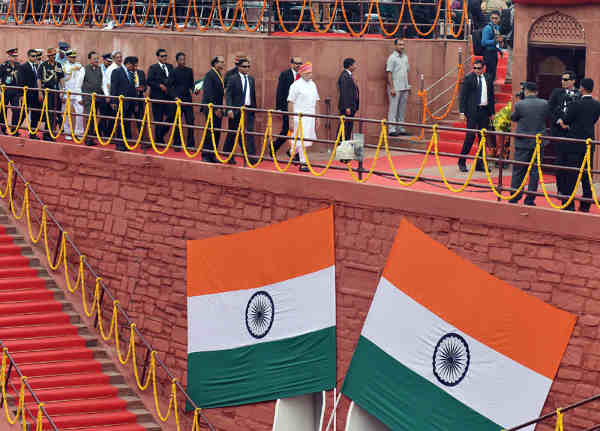 August 15, 2016 RMN News Comments Off on Narendra Modi Greets You on Independence Day 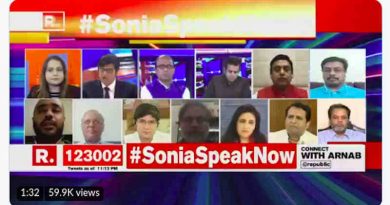