Anna Hazare has warned that he would launch a nationwide agitation if Narendra Modi and BJP failed to deliver on their poll promise about the recovery of black money.

Social activist Anna Hazare, who has become a hot brand in the protest-laden Indian politics, has warned the Prime Minister of India Narendra Modi that he must fulfill his poll promise of paying every Indian citizen Rs. 15 lakh (USD $25,000 approximately).

Modi and his political party BJP (Bharatiya Janata Party) had allured the Indian voters before the Lok Sabha elections of 2014 saying they will recover the black money stashed away abroad by a slew of Indian crooks and distribute it among all citizens of India.

This is a huge amount for a local Indian considering the fact that 400 million people in the Indian population of 1.25 billion live below $1.25 per day.

To entice Indian voters, BJP threw the bait of this money to win elections and dethrone the Congress-led UPA government, which was wilting under a series of corruption cases.

Modi and BJP asked Indians to vote for them if they want them to bring back the black money within 100 days of BJP’s government and distribute it among the Indians.

Obviously, a large number of voters decided to chew this bait and voted for BJP. And black money factor contributed significantly toward BJP’s win in the Lok Sabha elections.

Modi managed to become the Prime Minister and under his leadership BJP formed the government in May this year, 2014.

Although most Indians are uneducated, they know how to count the days, especially when they are waiting for the promised 100-day period to expire so they could enjoy with the expected Rs. 15 lakh largess. Most would have delicately planned to spend the money that Modi promised to pay them.

Even the Congress party – which has been facing serious corruption charges against its leaders and suffered a massive defeat in the Lok Sabha elections – has accused the ruling BJP government of its failure to bring back the black money.

On December 1, Congress party released a 30-page booklet to highlight the unfulfilled promises and lies of the ruling BJP in India.

Titled “chhe mahine paar, U-turn sarkar” (six months spent by a U-turn government), the booklet counts BJP’s false promises (including the black money issue) made during the recent Lok Sabha elections. It says that the Modi-led BJP government has failed on almost every step.

Now let alone 100 days that BJP promised, more than 200 days have elapsed while Modi and BJP are dilly-dallying and making a whole lot of excuses to hide their failure to bring back the black money.

In fact, to avoid people’s fury in India, Modi is spending a great deal of his time away from India and trying to travel every nook of the planet aimlessly.

Obviously, Indians are perturbed. And so is Anna – Anna Hazare. A few days ago, Hazare – who led a long protest against the corruption of the previous Congress-led UPA government – accused the BJP and Modi of giving false assurances to the nation on the issue of black money.

Hazare said that people voted for BJP thinking they will get Rs. 15 lakh in their bank accounts, but it has been six months now; forget Rs. 15 lakh even 15 rupees has not come yet.

Anna is angry. The anti-corruption crusader has explicitly expressed his displeasure with the BJP government’s approach and has warned that he would launch a nationwide agitation if Modi and BJP failed to deliver on their poll promise.

But will BJP deliver? Highly unlikely, because Indian politicians are crooks by birth. They may belong to different political outfits, but genetically they belong to each other, as they carry the same type of dirty genes that compel them to behave like crooks.

They make all false promises to hoodwink the voters and win elections by hook or by crook. Then they forget about people and have a ball for five years till the next elections when they again start cheating the voters with their utterances.

Unfortunately, Indians have suffered during the past about seven decades of carelessly delivered political rule in India. BJP is part of the same dirty political system. So, people will be living in a fool’s paradise if they expect any government to do something useful for them.

If Anna Hazare launches a mass campaign against the BJP government, people still may not get their share in the black money, but Hazare might be able to once again expose the real dirty faces of Indian politicians. And that would be a good achievement for him. That’s it. 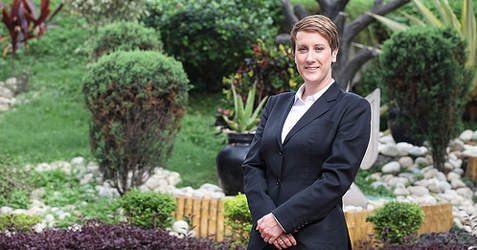 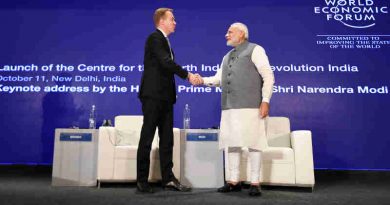