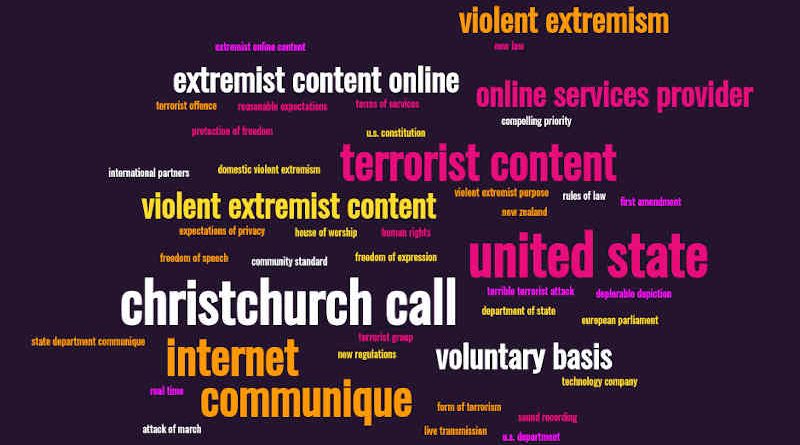 The U.S. says it will continue to collaborate with other governments and online service providers on a voluntary basis to support their efforts to counter terrorist content on the Internet.

The United States endorses the Christchurch Call to Action to Eliminate Terrorist and Violent Extremist Content Online, formally joining those working together under the rubric of the Call to prevent terrorists and violent extremists from exploiting the Internet.

The terrible terrorist attacks of March 15, 2019 against houses of worship in Christchurch, New Zealand, and the deplorable depiction in real time of those shootings graphically demonstrated the ability of terrorist and violent extremist online content to incite violence.

For the United States, countering domestic violent extremism — including racially or ethnically motivated violent extremism — is a compelling priority. “We are committed to working closely with international partners who share our values and norms to prevent and counter all forms of terrorism,” said the U.S. Department of State in a communique released on May 7.

According to the communique, the U.S. applauds the language in the Christchurch Call emphasizing the importance of respecting human rights and the rule of law, including the protection of freedom of expression.

In participating in the Christchurch Call, the United States will not take steps that would violate the freedoms of speech and association protected by the First Amendment to the U.S. Constitution, nor violate people’s reasonable expectations of privacy.

The U.S. says it will continue to collaborate with other governments and online service providers on a voluntary basis to support their efforts to counter terrorist content on the Internet.

According to the State Department communique, the position of the United States remains unchanged and consistent with its long-standing ideals that encourage technology companies to develop and enforce terms of service and community standards that forbid the use of their platforms for terrorist and violent extremist purposes.

Meanwhile, a new law to address the dissemination of terrorist content online was approved by the European Parliament on April 28. The new regulation will target content such as texts, images, sound recordings or videos, including live transmissions, that incite, solicit or contribute to terrorist offences, provide instructions for such offences or solicit people to participate in a terrorist group. 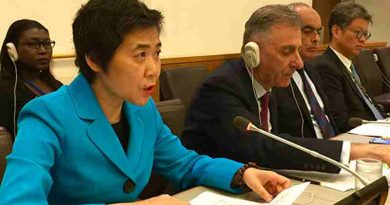