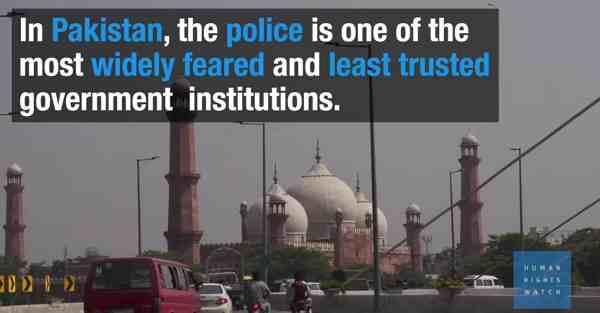 The Pakistani government should overhaul its police system that enables and even encourages serious human rights violations, Human Rights Watch said in a report released Monday.

Successive Pakistani governments have for decades failed to reform an under-resourced and under-equipped police force or hold abusive police to account.

The 102-page report, “‘This Crooked System’: Police Abuse and Reform in Pakistan,” documents a range of human rights violations committed by police, including arbitrary arrest and detention, torture, and extrajudicial killings.

The report is based on interviews with more than 30 police officers of varying ranks, 50 interviews with victims of police abuses, their families and witnesses to police abuse, and discussions with scores of policing experts and civil society activists. The research focuses on three of Pakistan’s four provinces including Sindh, Punjab, and Balochistan.

Human Rights Watch found that police in all three provinces frequently use torture and other ill-treatment against people in custody, particularly during criminal investigations, at times resulting in the deaths of suspects. Those from marginalized groups – refugees, the poor, religious minorities, and the landless – are at particular risk of violent police abuse.

Methods of custodial torture include beatings with batons and littars (leather straps), stretching and crushing legs with roola (metal rods), sexual violence, prolonged sleep deprivation, and mental torture, including forcing detainees to witness the torture of others.

Senior officials told Human Rights Watch that physical force is often threatened and used because the police are not trained in methods of professional investigation and forensic analysis, and thus resort to unlawfully coercing information and confessions.

Several police officers openly admitted to the practice of false or faked “encounter killings,” in which police stage an armed exchange to kill an individual already in custody.

Such killings, they said, are carried out because of pressure from higher command or local elites, or because the police are not able to gather enough evidence to ensure convictions.

Police are rarely held accountable for these killings and families of victims are deterred from filing complaints against police out of fear of harassment or being falsely accused in retaliatory trumped-up cases.

Abysmal work conditions contribute to the climate where violations are tolerated or encouraged, Human Rights Watch said. Low-ranking officers are required to be on call 24 hours a day, every day. Instead of having scheduled shifts, many work long hours, sometimes living in run-down barracks at the police station.

Many are separated from their families for long stretches of time. They often lack necessary equipment, including vehicles, investigative tools and even paper on which to record complaints and make notes.

“Working conditions and professional incentives for police officers need to improve,” Adams said. “Police should have the resources, training, equipment, and encouragement to act professionally instead of leaving Pakistanis to rely on favors and bribes to seek justice.”

Pakistan’s federal and provincial governments should promptly investigate and appropriately discipline or prosecute officials responsible for human rights violations, Human Rights Watch said. This includes the use of arbitrary detention, torture, and other coercive measures to obtain evidence and confessions. Acceptable investigation techniques should be explicitly defined in the police rules and manuals.

“The rule of law won’t become a reality in Pakistan unless the law enforcement forces tasked with imposing the law are also held to it,” Adams said. “For this to happen, the government needs to bring changes within the system and address the improper influences outside of it.” 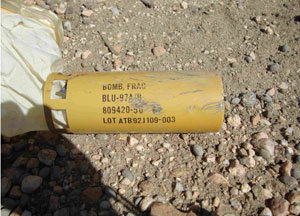 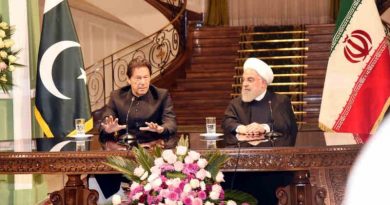