United Nations chief António Guterres has condemned Monday’s suicide attack in Afghanistan’s capital, Kabul, that reportedly killed at least seven religious scholars who had gathered from across the country to promote peace.

“The Secretary-General reiterates that no cause can justify such violence. Targeting civilians in this way is a clear violation of international law, including international human rights law,” said a statement issued by his Spokesperson Stéphane Dujarric.

According to media reports, about 2,000 members of the religious body, known as the Afghan Ulema Council, had gathered at a tented facility, and the explosion near the venue’s entrance caused many causalities, claiming the lives of not only clerics, but also security officers and civilians.

“The Secretary-General extends his deepest condolences to the families of the victims and wishes a speedy recovery to those injured. The United Nations stands with the people and Government of Afghanistan as they endeavor to build a peaceful future for their country,” the statement said. 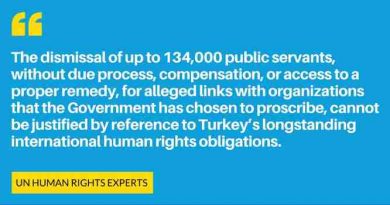