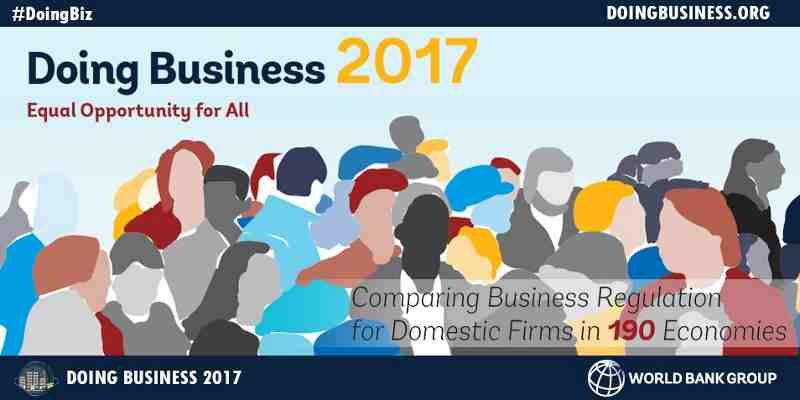 A record 137 economies around the world have adopted key reforms that make it easier to start and operate small and medium-sized businesses, says Doing Business 2017: Equal Opportunity for All, the World Bank Group’s annual report on the ease of doing business.

The new report finds that developing countries carried out more than 75 percent of the 283 reforms in the past year, with Sub-Saharan Africa accounting for over one-quarter of all reforms.

The report cites research that demonstrates that better performance in Doing Business is, on average, associated with lower levels of income inequality, thereby reducing poverty and boosting shared prosperity.

INDIA IS BAD FOR BUSINESSES

India continues to be an underdeveloped country where the government does not have any respect for businesses or common citizens. In the World Bank Doing Business 2017 report, India’s Ease of Doing Business rank is a poor 130 in the list of 190 countries. The claims of the Indian politicians that India is a top economy in the world are false; mostly based on fake data.

The main reason for India’s poor performance on all fronts is the lack of knowledge among bureaucrats and ministers who head various government departments. While in today’s cut-throat world, you need a full domain expertise to run even a small shop, Indian government departments are occupied by illiterate or naive bureaucrats and ministers who can’t speak or write even a single sentence properly.

“Simple rules that are easy to follow are a sign that a government treats its citizens with respect. They yield direct economic benefits – more entrepreneurship; more market opportunities for women; more adherence to the rule of law,” said Paul Romer, World Bank chief economist and senior VP.

“But we should also remember that being treated with respect is something that people value for its own sake and that a government that fails to treat its citizens this way will lose its ability to lead.”

The report reveals that starting a new business now takes an average of 21 days worldwide, compared with 46 days 10 years ago. Paying taxes in the Philippines involved 48 payments 10 years ago, compared to 28 now and in Rwanda, the time to register a property transfer has dropped from 370 days a decade ago to 12 days now.

Sixteen limit women’s ability to own, use and transfer property. Doing Business finds that, in these economies, fewer women work in the private sector both as employers and employees.

Since 2004, when Doing Business started, a total of 443 reforms have been recorded under the Paying Taxes indicator, the second highest number of reforms, with 46 reforms implemented in the past year.

However, easing the requirements for Starting a Business is, by far, the most common area for reform, with almost 600 reforms recorded since 2004. Of these, 49 reforms were introduced during the past year.

Public procurement represents, on average, 10 to 25 percent of an economy’s GDP, making the procurement market a unique pool of business opportunities for the private sector.

By region, East Asia and the Pacific is home to two of the world’s top 10 ranked economies, Singapore and Hong Kong SAR, China, and two of the top 10 improvers, Brunei Darussalam and Indonesia.

The pace of reforms picked up significantly in the past year, with the region’s economies implementing a total of 45 reforms to improve the ease of doing business.

The Europe and Central Asia region was also a major reformer during the past year, with Belarus, Georgia, Kazakhstan and Serbia amongst the world’s top 10 improvers.

Europe and Central Asia has consistently been the region with the highest average number of reforms per economy and is now close to having the same good practices in place as the OECD high-income economies.

Business reform activity accelerated in Latin America and the Caribbean with over two-thirds of the region’s economies implementing a total of 32 reforms in the past year, compared with 24 reforms the previous year.

The bulk of the reforms were aimed at improving tax payment systems, facilitating cross-border trade and starting a new business, with Brazil implementing the most reforms in the past year.

The Middle East and North Africa region saw the most reforms implemented in the past year since 2009, with 35 reforms in 15 of the region’s 20 economies.

Among the reformers, the UAE and Bahrain were among the world’s top 10 improvers. However, the region features the greatest gender disparities, with 70 percent of the economies creating barriers for women entrepreneurs.

In South Asia, five of the region’s eight economies implemented a total of 11 reforms in the past year, compared with nine the previous year.

Pakistan, which was among the world’s top 10 improvers, implemented several reforms this past year, as did India and Sri Lanka. The bulk of the business reform activity in the region was aimed at facilitating cross-border trade. However, Afghanistan and Pakistan, stipulate additional hurdles for women entrepreneurs.

Sub-Saharan Africa economies stepped up the pace of reform activity, with 37 economies undertaking a total of 80 business reforms in the past year, an increase of 14 percent from the previous year.

For the second consecutive year, Kenya was among the world’s top 10 improvers, while seven economies implemented four or more reforms each in the past year. However, 13 economies in the region stipulate additional hurdles for women entrepreneurs.

The full report and accompanying datasets are available here.

April 10, 2014 RMN News Comments Off on Teens Are Sleep-Deprived and Stressed: New Report 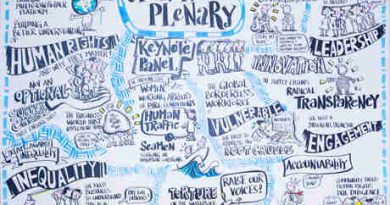 UN to Host Forum on Business and Human Rights

April 6, 2018 RMN News Comments Off on UN to Host Forum on Business and Human Rights 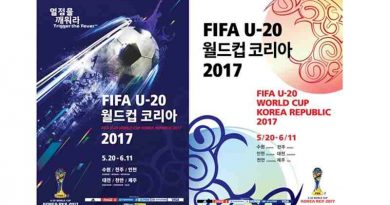