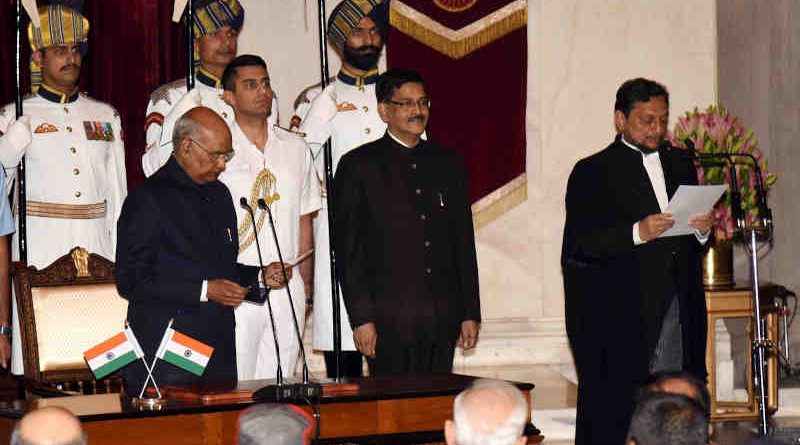 While most Indian judges behave as demigods, it is observed that several court judgments are vague or wrong or brazenly support the government decisions.

The hearing of the contempt case in which lawyer Prashant Bhushan has been accused of making comments about corruption in the Indian judiciary has been deferred to September 10.

According to reports, Justice Arun Mishra – who was handling this case about judicial corruption – said today (August 25) that since he will soon demit office, he will not be able to take up the case.

Therefore, the Supreme Court has urged Chief Justice SA Bobde to place it before an “appropriate bench” which will hear it on September 10.

This contempt case involves statements that Prashant Bhushan had made during an interview to a magazine in 2009. Bhushan had said in the interview that half of the 16 Chief Justices of India were corrupt.

While the court thinks it is a contempt of court, Bhushan counters by saying that he has substantiated his comments by filing affidavits that detail corruption of the judges. He also prefers the Supreme Court to discuss this case thoroughly so that truth about corruption in judiciary could come out.

Prashant Bhushan’s lawyer Rajeev Dhawan has argued that the case of corruption by judges – whether or not it amounts to contempt – should be handled by a constitution bench. He suggested that the use of the word “corruption” does not amount to contempt of court.

However, Justice Arun Mishra was not quite eager to consider these arguments and diverted the attention to the discussion on circumstances under which such allegations can be made against the judges.

Recently, the Supreme Court had found Bhushan guilty of contempt of court for his tweets against the Chief Justice of India (CJI) and the Indian judiciary. But it is learnt that today’s hearing ended without punishing Bhushan for his alleged felony.

While most Indian judges behave as demigods, it is observed that several court judgments are vague or wrong or brazenly support the government decisions. If you run these judgments of Indian courts through an artificially intelligent expert system, nearly 9 out of every 10 judgments will be wrong or haphazard.

Since most lawyers and judges work without any accountability for their faults, they do not handle this profession with care and there is hardly any objectivity in the judgments. It appears that he entire Indian judiciary is functioning on serendipity or luck of the litigants.

In a similar case, for example, Justice Markandey Katju – a former Judge of the Supreme Court of India and former Chairman of Press Council of India – had commented about the sextortion case of a former Chief Justice of India (CJI) Ranjan Gogoi.

“At last the woman employee who was sexually molested by CJI Gogoi and victimized along with her family has been reinstated. There was no vice which was not in Ranjan Gogoi. And yet this rascal and rogue rose to become CJI. It speaks volumes about our judiciary,” Justice Katju had tweeted. But he was neither prosecuted nor punished. Then why is Bhushan being dragged to the court?

A fierce critic of Prime Minister (PM) Narendra Modi, the 63-year-old lawyer can be punished for up to six months in jail, or fine, or both. But he said in the court that he is ready to accept the sentence instead of changing his statement issued in response to the prosecution in this case.

A three-judge bench headed by Justice Arun Mishra said Bhushan was found to have committed “serious” contempt, and the hearing for punishment in the case was held today (August 25).

Bhushan had tweeted about the impropriety of the present CJI when he was riding an expensive motorcycle that belonged to a BJP leader in Nagpur. He had also tweeted about the “undeclared emergency” in India and suggested that the Supreme Court had a role in ensuring its continuation.

In 2018, Bhushan had filed a complaint with the Central Bureau of Investigation (CBI), urging the agency to register an FIR against PM Modi and former defence minister Manohar Parrikar, allegedly for a range of offences under the Prevention of Corruption Act, committed in the course of the April 2015 decision to purchase 36 Rafale aircraft from Dassault Aviation.

Bhushan has also been instrumental in initiating public interest litigation (PIL) against the government and PM Modi, including the case that demanded a probe into the Sahara-Birla payoff case.

Recently, an NGO ‘Centre for Public Interest Litigation (CPIL)’ had filed a petition through Bhushan to seek a direction to the Modi government to transfer all contributions made to a secret PM-CARES Fund, set up for Covid-19 relief, to a transparent and auditable National Disaster Relief Fund (NDRF).

As Mishra is known for his loyalty and devotion to Modi, in February, the Supreme Court Bar Association (SCBA) had issued a resolution to denounce his praise for Modi at an event in Delhi. 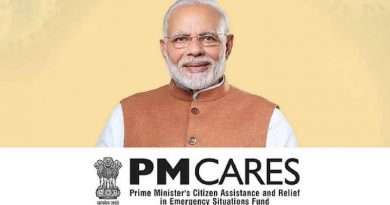 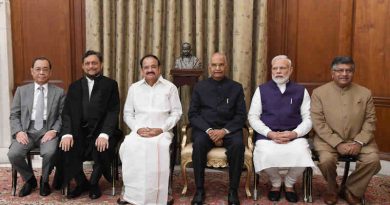 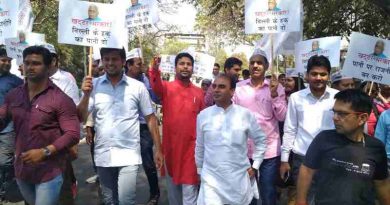